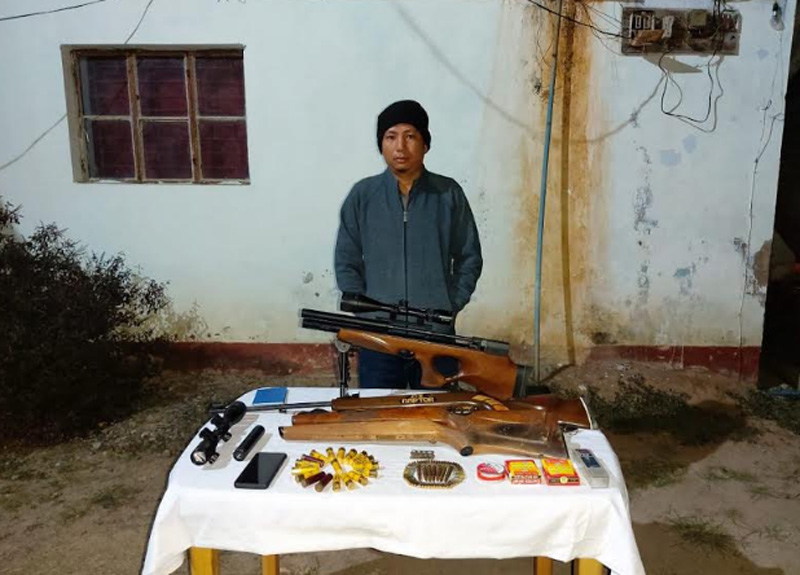 In an operation along with police representatives, Assam Rifles troops apprehended the NSCN (KN) militant in general area of Nuiland in Dimapur district.

The apprehended militant along with the recovered items have been handed over to Nuiland   police station, for further investigation.