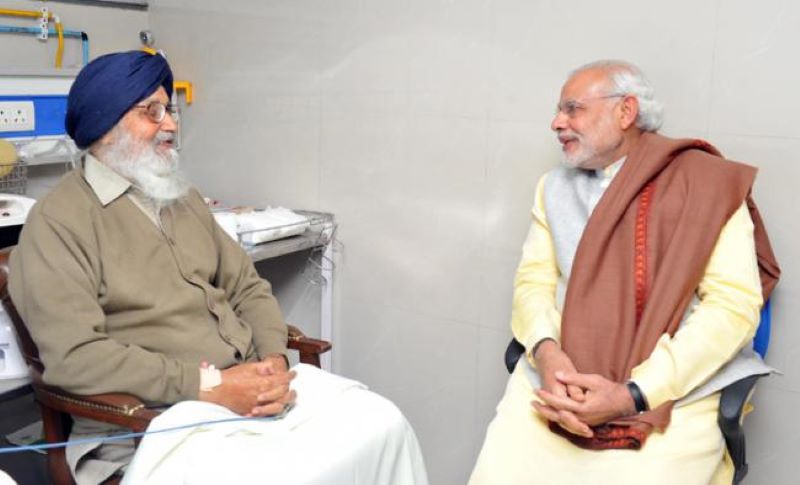 Chandigarh/IBNS: Former Punjab Chief Minister Parkash Singh Badal on Thursday returned the Padma Vibhushan Award protesting against the central government's ill-treatment of the farmers who are agitating against the new farm laws for the eighth consecutive day.

Badal became the first to return an award in support of the farmers' protest.

In solidarity with the farmers, several sportspersons and coaches from agro-based Punjab have said they will return awards and march to Delhi on Dec 5.

The representatives of the central government will on Thursday meet the protesting farmers for the second time in three days searching for an end to one of the biggest agitation it faced in its six-year old rule.

The government, which had failed to find a solution to the deadlock in the Nov 1 meeting, has so far hinted no possibility for a roll back of the laws, which Prime Minister Narendra Modi and his Hindu nationalist Bharatiya Janata Party (BJP) claim to be a revolution for the peasants.

Not buying the statements of neither the government nor popular Indian politician Modi, farmers are crystal clear in saying that the Centre's move stating small peasants will have little bargaining power while selling their produce to institutional buyers, running the risk of getting exploited.