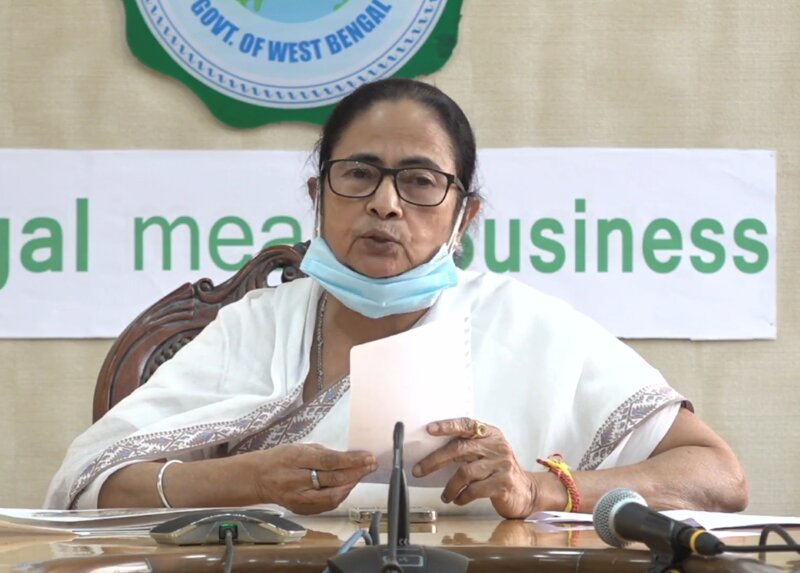 Kolkata/IBNS: West Bengal Chief Minister Mamata Banerjee will reopen the reconstructed Majerhat bridge, which had collapsed in Sept 2018, in south Kolkata on Thursday.

The bridge, which has been renamed as Jai Hind bridge, will be reopened at 5 pm on Dec 3.

"We are renaming the bridge as Jai Hind respecting the thoughts of Netaji Subhas Chandra Bose," the CM said in a press brief at state headquarters Nabanna on Tuesday.

The collapse of the Majerhat bridge had claimed three lives and injured 20 odd people.

Late last month, the bridge had turned out to be a flashing point between the ruling Trinamool Congress and apparently main opposition Bharatiya Janata Party (BJP).

The BJP, led by Kailash Vijayvargiya, held a protest march in south Kolkata, which has remained a stronghold of the Trinamool politically, demanding the reopening of the bridge.

In an all-out attack on the BJP, Banerjee had blamed the Railways, which is run by the central government, for the delay in reopening.

"The Railways was not granting permission for the construction work of the bridge. Where was the BJP then? The central government has delayed the reopening by one year," Banerjee had said.