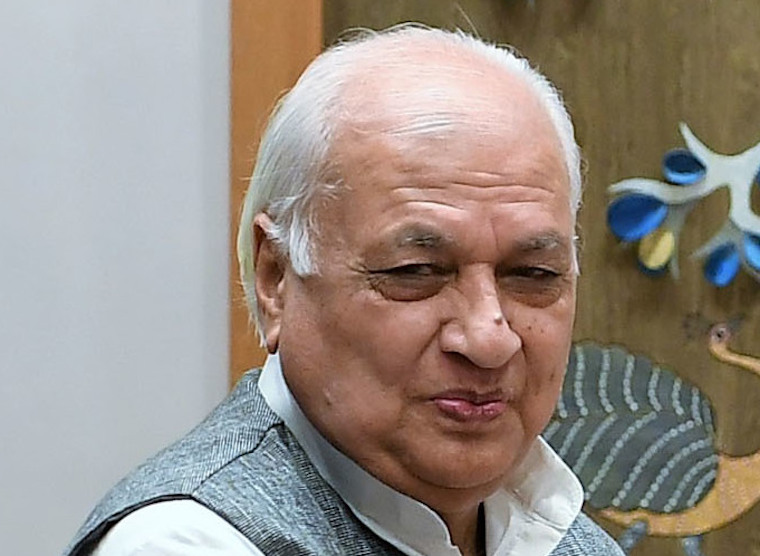 Thiruvananthapuram/UNI/IBNS: Kerala Governor Arif Mohammed Khan has signed the Kerala Police Act Amendment ordinance brought by the ruling Left Democratic Front (LDF) government which aims to prevent cyber attack against women and children, amid concern by the opposition that it would empower cops to crack down on the freedom of press.

The Act with addition of Section 118-A stipulates either imprisonment for up to five years or a fine of up to Rs 10,000 or both to those who violate the rule.

However, Opposition parties alleged that it would curtail the freedom of expression.

Those who produce, publish or disseminate content through any means of communication with an intention to defame anybody can be arrested by the police without getting a complaint from anybody.

"Shocked by the law made by the LDF government of Kerala making a so-called ‘offensive’ post on social media punishable by 5 years in prison," posted Congress leader P Chidambaram on Twitter.

Chief Minister Pinarayi Vijayan had earlier expressed concern on cyber attacks and in a Facebook post as quoted in media said: "Cyber attacks are a threat to privacy of life. It has been decided to amend the Police Act since the existing laws are found to be inadequate to tackle the issue. The state cabinet has decided to recommend the Governor issue an amendment to the Act as an ordinance."