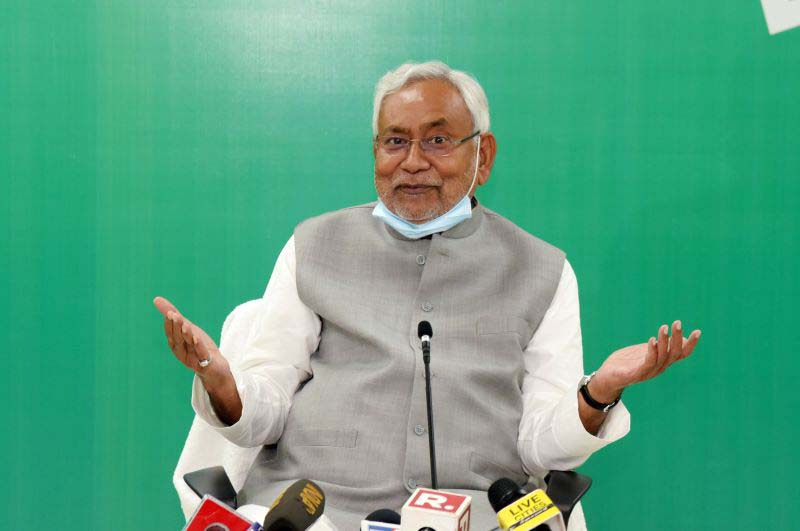 Nitish Kumar to swear in as Bihar CM today

Patna/IBNS: Janata Dal (United) chief Nitish Kumar will on Monday swear in as the Bihar Chief Minister for the fifth term, five days after the National Democratic Alliance (NDA) registered a comfortable win in the assembly elections.

In the assembly elections, the NDA, which was steered by the JD(U) and BJP, won 125 seats as opposed to Mahagathbandhan's 110.

Though Kumar will become the CM, his party has under-performed in the elections as the JD(U) could win 43 seats, much lower than its junior ally BJP's 74.

BJP's Sushil Kumar Modi, who was Kumar's deputy from 2017, will not assume the post this time.