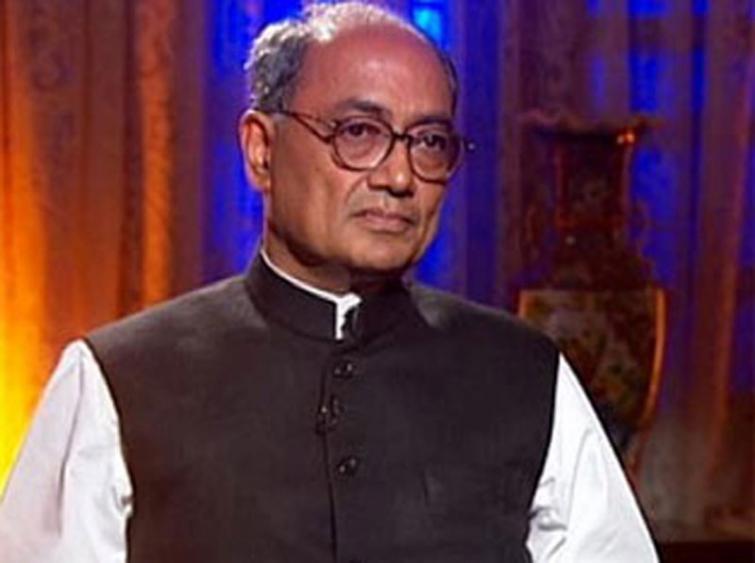 In a series of tweets, Digvijaya Singh alleged that the BJP had reduced Nitish Kumar's stature with its strategy in Bihar.

"BJP is like a vine, it takes the support of another tree and flourishes while the tree dries up. Nitish ji, Lalu Yadav and you fought together and he went to jail. Quit the BJP-RSS ideology and bless Tejashwi. Don't let this vine-like BJP grow in Bihar," the former Madhya Pradesh Chief Minister tweeted.

Singh himself lost a prestige battle to his former colleague Jyotiraditya Scindia whose power-packed campaign delivered a victory to the BJP in the Madhya Pradesh by-polls leaving the Congress loose a chunk of seats it won in 2018.

"Nitish ji, Bihar has become small for you. You should join national politics. Do not let the Union's policy of ''divide and rule''. Help all socialists believe in the secular ideology. Do consider," the Rajya Sabha member said.

In a highly contentious and nail-biting vote count which went on for more than 15 hours on Tuesday, the NDA (led by BJP and Nitish Kumar's JD-U) managed to bag 125 seats in the Bihar Assembly elections, two more than the halfway mark, as opposed to Rashtriya Janata Dal (RJD)-led Mahagathbandhan's 110 seats.

However, the Bihar unit of BJP earlier in the day cleared that Nitish Kumar will be the next Chief Minister of the state despite the saffron party emerging as the best performer in the NDA.