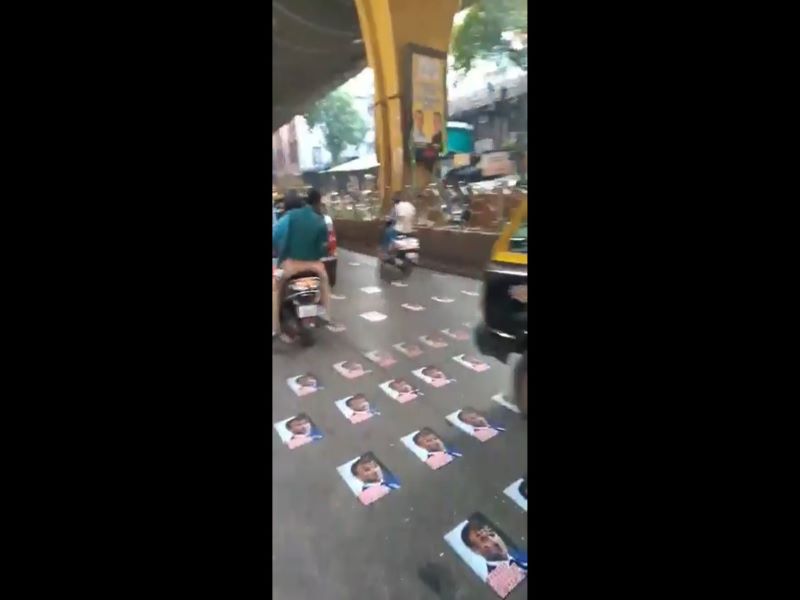 Mumbai/IBNS: A day after the stabbing incident in France's city of Nice, French president Emanuel Macron's pictures were found pasted on a busy road in South Mumbai and were later removed by the police, media reports said.

Commuters in the Bhendi Bazaar area of Mumbai noticed hundreds of pictures of the French President pasted on Mohammed Ali Road under JJ flyover on Thursday evening, said an NDTV report.

The incident was also confirmed by Mumbai Police spokesperson S Chaitanya who said the posters were immediately removed by Pydhonie police after they were alerted about the mischief.

A video also surfaced showing vehicles driving over the pictures.

No arrests have been made in this connection, said reports.

French President Emanuel Macron has been under attack over his stern reaction on the killings by Islamic extremists. Recently, a history teacher Samuel Paty, 47, was beheaded for showing cartoons of Prophet Mohammad during a discussion on free speech and, yesterday, three people were killed, one of them beheaded, in a church in French city of Nice.