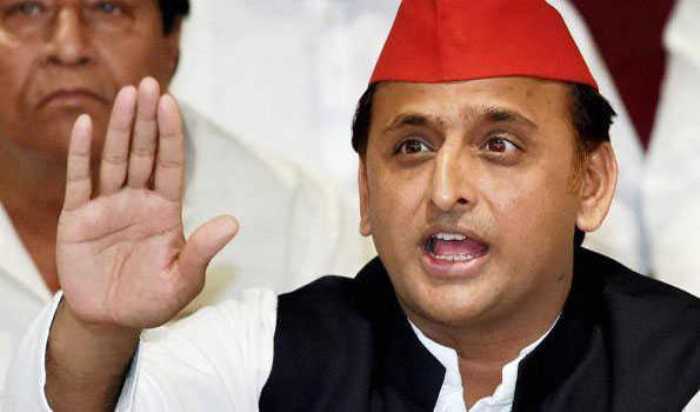 People will give befitting reply to BJP in Uttar Pradesh by-polls: Akhilesh Yadav

Lucknow/UNI: Accusing the Bharatiya Janata Party (BJP) of misleading the people, Samajwadi Party (SP) president Akhilesh Yadav on Monday said that the public will give a befitting reply to the BJP in the by-polls to the seven seats in Uttar Pradesh.

In a statement issued here, Yadav said that the SP is contesting the elections on six seats in the Assembly by-polls while the party is supporting the Rashtriya Lok Dal's candidate on a seat in Bulandshahr.

"The people are well aware of the SP government's works and the BJP's failure. Now, no tricks of the BJP to confuse the people will succeed," he said

He said that the public will express its opinion in these by-elections, indicating the possible results of the 2022 assembly elections. He claimed that the SP and RLD's victory in all the seats can be seen in the public opinion.

The SP leader said that from the SP, Sayyed Javed Abdi is the candidate at Nauganwa Sadat, Maharaj Singh Dhangar at Tundla, Indrajeet Kori from Ghatampur, Lucky Yadav from Malhani, Brahmashankar Tripathi from Deoria and Rakesh Kumar Pal from Bangarmau.

Due to their clean image, constant presence among the people and struggle on public issues, the candidates are getting strong support from the public, he said.

The former UP CM claimed that BJP has already anticipated its defeat and is hence by misusing power, it has started to bully voters and commit conspiracies.

The local administration is issuing a red card to the voters so that they don't go against the ruling party. This is conduct against democracy.

The SP president alleged that pressure is being put on the Pradhans and kotedars by misusing the administrative machinery. People are being threatened with the help of police.

The Election Commission should intervene in this regard immediately and take cognizance of the government's conspiracies to influence the election.