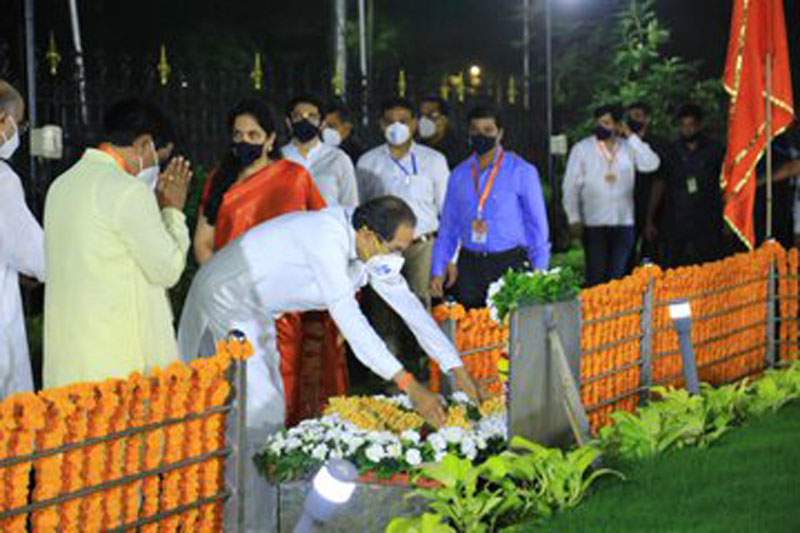 Mumbai/UNI: Against the backdrop of Covid-19 pandemic, the Shiv Sena's annual Dussehra rally was not held at the historic Shivaji Park ground but at an auditorium for the first time here on Sunday by following the Covid-19 safety protocols.

Before addressing the party workers, Thackery and his family members first paid the respects at the memorial of late party founder Bal Thackeray at Shivaji Park.

During the rally, a select group of around people were present in the auditorium, including ministers and leaders. The event was telecast live on all the social media accounts of the party.

This is the first Dussehra rally of Thackeray after becoming the Chief Minister of the state last year. The 60-year-old leader will complete a year in office on November 27.

The Dussehra rally, usually attended by the party workers in large numbers, is an important event in the calendar of Shiv Sena, which was launched in the year 1966.