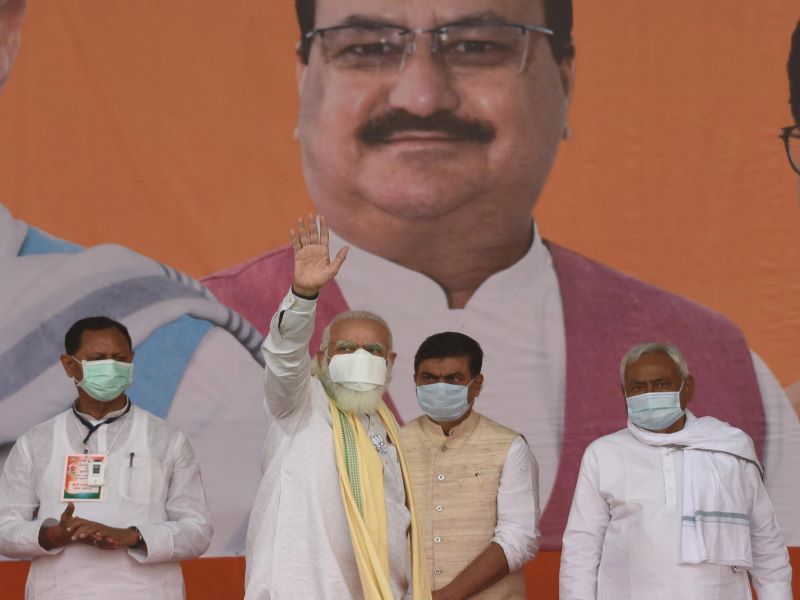 Just like his father, Chirag Paswan says he won't leave PM Modi's side till last breath

The LJP leader, whose father Ram Vilas Pawan died earlier this month, said he was thankful that Prime Minister Narendra Modi mentioned his father's name in the rally.

"Bihar, recently, lost two of its great sons. I pay my tributes to Ram Vilas Paswan ji. He fought for the interests of the poor and Dalits and stayed with me till his last breath," PM Modi said during the rally, while also mentioning Raghuvansh Prasad Singh, a former Union Minister who died this month.

According to an NDTV report, throughout his speech, the  PM not for once named Chirag Paswan who is  fighting Bihar elections alone after refusing to accept Nitish Kumar as the Chief Ministerial candidate. Modi neither spoke against the LJP nor did he castigate Chirag Paswan for his continuous barbs at Nitish Kumar.

"The PM comes and pays homage to my father, it is a matter of pride for me as a son. The words the PM used - that my father was with him till his last breath - made me emotional. I promise to also stand with PM Modi and his beliefs until my last breath," Chirag Paswan told NDTV on the sidelines of his campaign in Barachatti in Gaya.

Paswan's continuous attempts to underscore LJP's ties with BJP has left JD(U) in doubts that the ruling party is secretly supporting Chirag Paswan in his endeavour to prevent Nitish Kumar from being elected the CM of Bihar for the sixth time.

Despite BJP's multiple pronouncements that Nitish remains the face of NDA and leaders like Prakash Javadekar declaring that BJP does not have a B team or a C team, Nitish Kumar has not been able to convince his supporters on this account.

On the other hand, LJP chief has managed to play on Nitish Kumar's insecurity by stressing on his devotion to Prime Minister Narendra Modi and hoping to form a government with BJP after the Bihar polls.

Even as Bihar BJP warned Chirag Paswan against using Prime Minister Narendra Modi's image in Bihar polls, the central leadership has not denounced him so far.

"I am with the NDA only for PM Modi. My loyalties are with him even if our political paths are different at the moment," Paswan said, reported NDTV.