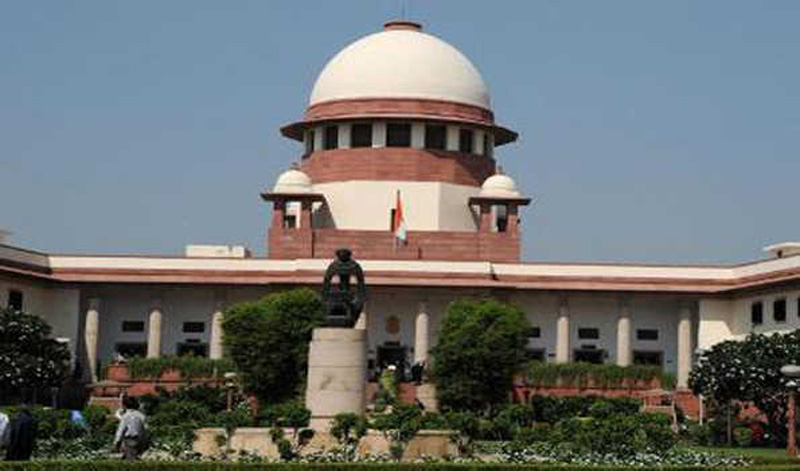 New Delhi/UNI: The Supreme Court on Monday sought a reply from the Centre on petitions challenging the new farm-related laws.

The bench, headed by Chief Justice of India S A Bobde, took three petitions--one filed by advocate M L Sharma, other by Chhattisgarh Kisan Congress and the third by DMK MP Tiruchi Seva.

During the hearing, Advocate K Parameshar, appearing for the Congress, told the court that the new laws will do away with mandi system.

To this, the CJI asked the petitioner to knock the doors of respective High Courts, for which the advoted replied that High Courts may pass conflicting judgments leading to more chaos.

As per the news laws, the farmers will now be able to sell their produce outside mandis or private players can buy directly from farmers. The laws provide a legal framework for contract farming. Lastly, stock limits and price control over food items like cereals, pulses, onions, edible oilseeds and oils under Essential Commodities Act have been removed.

The petitions claim that the new laws will do away with the Agriculture Produce Marketing Committee (APMC) that ensured fair prices for farmers' produce and small and marginal farmers will be left at the mercy of corporate players.

It also claims that the laws are unconstitutional as "only States" have power to make or amend laws related to agriculture and its trade as it is the State Subject under Seventh Schedule of the Constitution. Parliament acted against federalism by encroaching upon the powers of the State, the petition filed by the DMK MP said.

The law violates Article 14 (equality before the law), 21 (Protection of life and personal liberty), 23 (Prohibition of forced labour), the petition filed by Kisan Congress Chhattishgrah said. It also said as many farmers belong to Schedule Caste and Schedule Tribe communities, the new laws will take away the protection under fifth and sixth schedule.

The laws lead to widespread protests by farmers, their unions and organisations, activists and opposition at several states, and more concentrated in Punjab and Haryana.