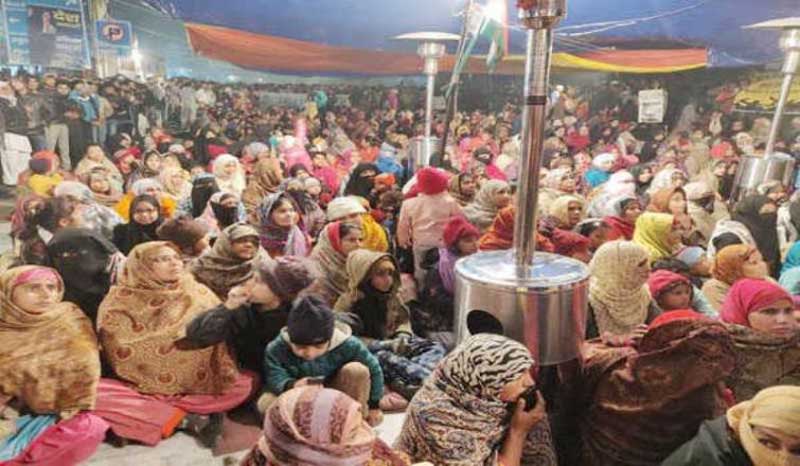 New Delhi/IBNS: In an order which may have implications across the country, the topmost level of Indian judiciary on Wednesday said no public place can be indefinitely occupied by protesters while giving its judgement on the months long agitation against the contentious citizenship law in Delhi's Shaheen Bagh, media reports said.

The Supreme Court, which was hearing a batch of pleas against the anti-Citizenship (Amendment) Act (CAA) protests at Shaheen Bagh, said as quoted by NDTV, "We have to make it clear that public places cannot be occupied indefinitely whether in Shaheen Bagh (in Delhi) or elsewhere.

"These sort of protests (like Shaheen Bagh) are not acceptable and (the) authorities should act... they must keep such spaces free from obstruction," the top court said, adding the "administration cannot wait for orders from court to clear."

"We appreciate the right to peacefully protest and it can be (held) at designated places only," the top court stated.

The Supreme Court bench, which had reserved its order on Sept 21, emphasised on peaceful protests on road.

Shaheen Bagh had last year emerged as the epicenter of the anti-CAA protests as agitators, mostly women, sat on the site for over three months until it was forced to call off due to the Novel Coronavirus pandemic.

The CAA, which had later turned out to be a political issue in the assembly elections in the national capital, aims to grant citizenship to Hindu, Sikh, Christian, Buddhist, Parsi, Jain but not Muslim refugees who came to India from Bangladesh, Pakistan and Afghanistan before 2015.