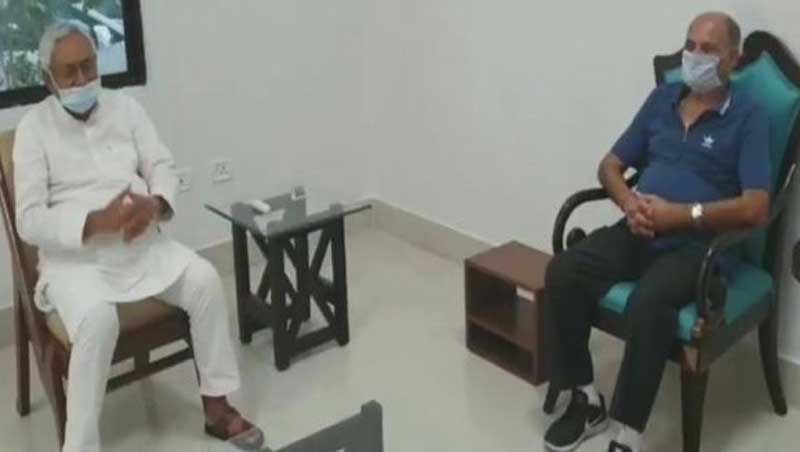 Singh expressed his gratitude to Nitish Kumar for recommending Central Bureau of Investigation (CBI) inquiry into the death case of his son.

Sushant, who was born in Bihar, was found dead at his own flat in Mumbai's Bandra on Jun 14.

Though the Mumbai Police initially stated it to be a suicide case, Sushant's father KK Singh lodged a First Information Report (FIR) with Bihar Police alleging that Rhea had siphoned off Rs 15 crore from his son's account and other accounts of companies floated with his investments.

As per the recommendation by the Bihar government, the death case was handed over to the CBI by the centre.

For Wednesday's meeting with the CM, the late actor's sister and brother-in-law also accompanied their father.

After meeting the Chief Minister, Singh told media persons that it was a courtesy call to thank Kumar for his recommending CBI inquiry into his son's death case.