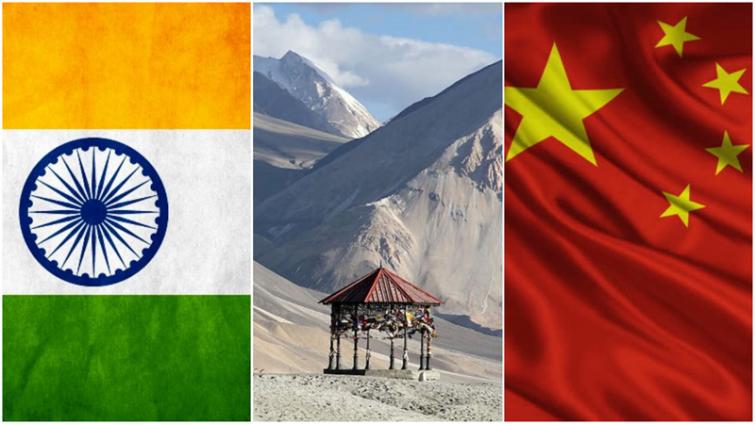 New Delhi/IBNS: India on Tuesday rejected China's interpretation of the Line of Actual Control, the de facto border between the two countries, in Ladakh and said the 'so-called unilaterally defined 1959 LAC' was never accepted.

During a virtual media briefing, Ministry of External Affairs (MEA) spokesperson Anurag Srivastava said: "We have seen a report in the Hindustan Times of 29th August, quoting a Chinese Foreign Ministry statement regarding China’s position on the Line of Actual Control (LAC) in the India-China border areas."


"India has never accepted the so-called unilaterally defined 1959 Line of Actual Control (LAC). This position has been consistent and well known, including to the Chinese side."

Srivastava informed that under various bilateral agreements both India and China have committed to clarification and confirmation of the LAC to reach a common understanding of the alignment of the border.

"In fact, the two sides had engaged in an exercise to clarify and confirm the LAC up to 2003, but this process could not proceed further as the Chinese side did not show a willingness to pursue it," he said.

"Therefore, the insistence now of the Chinese side that there is only one LAC is contrary to the solemn commitments made by China in these agreements," said Srivastava.

"As we have previously made clear, the Indian side has always respected and abided by the LAC. As the Hon’ble Raksha Mantri stated in the Parliament recently, it is the Chinese side which by its attempts to transgress the LAC in various parts of the Western Sector, has tried to unilaterally alter the status quo," he said.

In the last few months, the Chinese side has repeatedly "affirmed that the current situation in the border areas should be resolved" in accordance with the agreements signed between the two countries, the Ministry noted.

In the agreement reached between External Affairs Minister S Jaishankar and his Chinese counterpart on  Sept 10 also, the Chinese side has reiterated its commitment to abide by all the existing agreements.

"We, therefore, expect that the Chinese side will sincerely and faithfully abide by all agreements and understandings in their entirety and refrain from advancing an untenable unilateral interpretation of the LAC," Srivastava said.