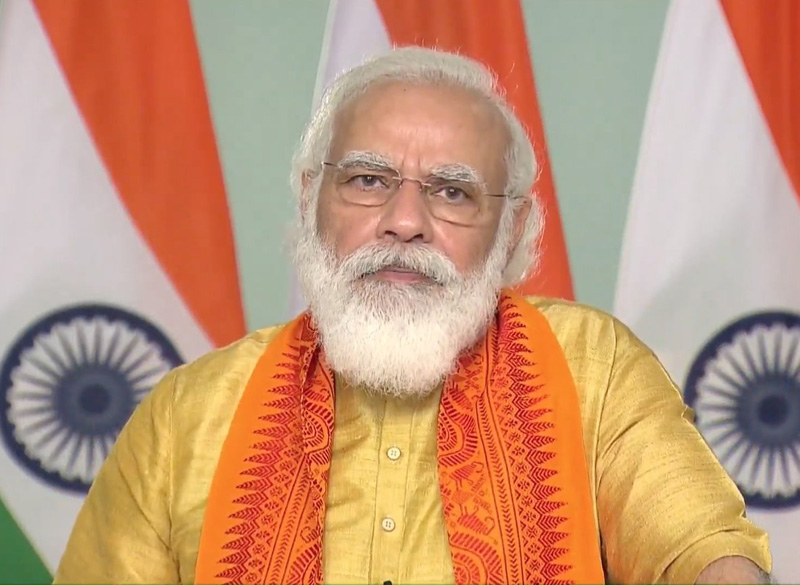 New Delhi/IBNS: Prime Minister Narendra Modi on Tuesday once again ripped apart the Opposition over its protests against the new controversial farm laws at a time farmers led by various groups are on the streets against the Bharatiya Janata Party (BJP) government at the Centre.

Inaugurating some developmental projects in Uttarakhand virtually, Modi said, "Today the country is watching how some people are opposing just for the sake of opposition...."

"Now when the central government is giving rights to the farmers, some people are opposing it. These people want farmers to remain unable to sell their produce in open markets. They want farmers to get exploited. They are opposing the independence of farmers," he added.

Modi's attack on the Opposition comes a week after the Indian Parliament passed farm bills which will now allow the farmers to sell their produce to institutional buyers outside the regulated wholesale market.

Though Modi and members from the ruling dispensation are highlighting the positive aspects of the farm laws, three in total, farmers and opposition leaders have criticised the Centre's move stating small peasants will have little bargaining power while selling their produce to institutional buyers, running the risk of getting exploited.

Slamming the incident of setting a tractor on fire in protest against the laws allegedly by Youth Congress workers, Modi on Tuesday said, "These people are insulting farmers by setting equipment, which the peasants worship, on fire."

Modi during his address also trained his guns at the Opposition for indulging in corruption for years in the farming sector.

"Some people are intolerant towards farmers' independence (to sell their produce in open markets) because their mode of corruption has ended," said the PM in strong words.

Even if Modi is trying to reach out to farmers on a daily basis, peasants' organisations across the country are protesting against the farm bills.

In an embarrassment for the Modi government, BJP's long-time ally Akali Dal pulled out of the National Democratic Alliance (NDA) last Saturday, sensing a political repercussion in Punjab which is based on agriculture.

This happened days after Akali Dal leader Harsimrat Kaur Badal, who was a cabinet minister in the Modi government, had resigned over the farm bills.