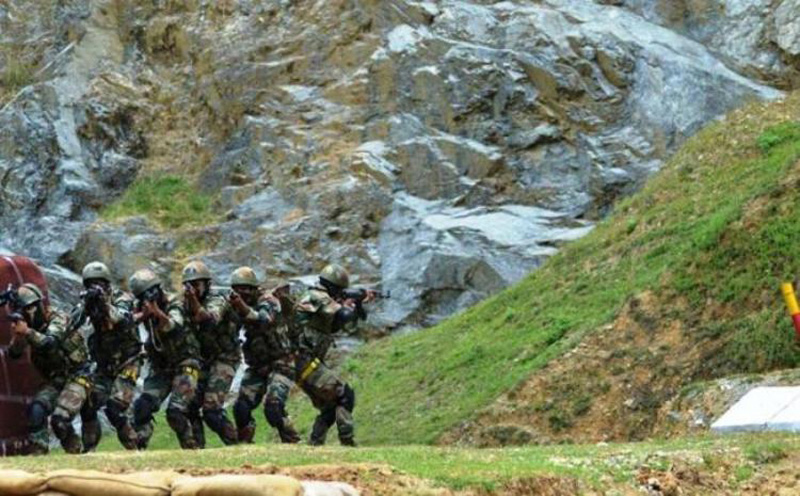 Srinagar/UNI: Security forces resumed Cordon and Search Operation (CASO) with the first light Monday morning in the south Kashmir district of Pulwama, where so far two Lashkar-e-Taiba (LeT) militants were killed and a soldier injured in the encounter which ensued last evening.

A police spokesman said on a tip-off about the presence of militants last evening Special Operations Group (SOG) of J&K police, Rashtriya Rifles (RR)and CRPF launched a CASO at Samboora Pampore in Awantipora on Sunday evening.

However, he said when security forces were moving towards a particular area, militants hiding there fired at them with automatic weapons.

“The security forces retaliated, ensuing in an encounter,” he said.

The spokesman said two militants were killed in the operation, adding due to darkness operation was suspended late last night.

However, additional security forces were deployed in the entire area to foil any attempt by militants to escape.

Security forces also used searchlights to keep a strict vigil around the area where militants were hiding.

This morning with the first light security forces resumed the CASO, official sources told UNI today adding the operation was going on when the reports last came in.

Additional security forces have been deployed in the adjacent areas to maintain law and order.