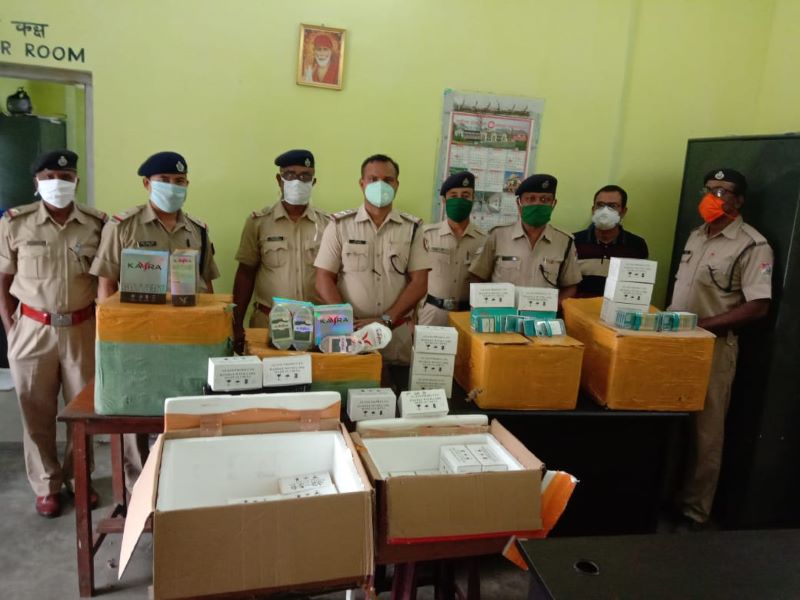 A top official of NF Railway said later, the seized articles were handed over to Customs department.