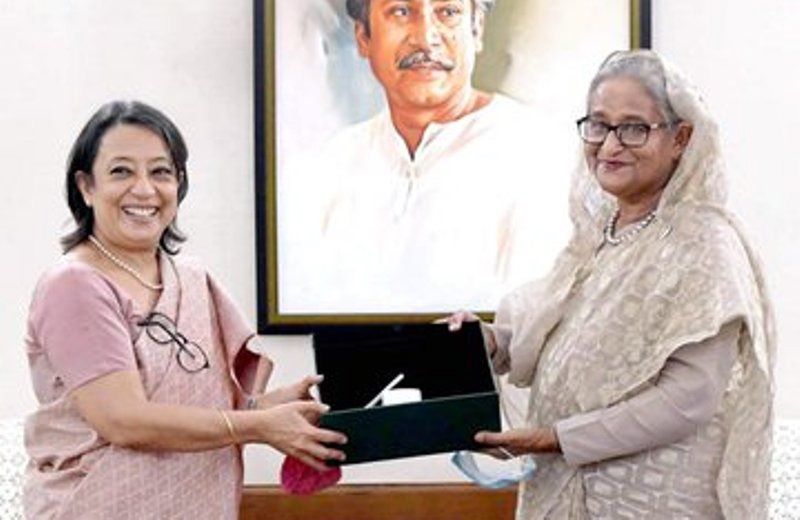 Dhaka/UNI: High Commissioner to India in Dhaka Riva Ganguly Das made a farewell call on Prime Minister of Bangladesh Sheikh Hasina at Ganabhaban.

She handed over the letter from Prime Minister Narendra Modi to Ms Hasina, greeting on her birth anniversary and also presented a bouquet to her on his behalf.

During the meeting, the High Commissioner reiterated the importance of Bangladesh in the 'Neighbourhood First' policy of India and recounted the progress made in our bilateral relations under the visionary leadership of Mr Modi and Ms Hasina.

Celebration of the Golden Jubilee of Liberation War and the fiftieth anniversary of establishment of diplomatic relations in the next year also figured in the discussions.

On this occasion, the High Commissioner presented a collection of rare footage of the visit of Bangabandhu Sheikh Mujibur Rahman to India in 1972 to Ms Hasina.

The Bangladesh Prime Minister thanked the outgoing High Commissioner for her contribution to strengthening the India-Bangladesh relations and wished her the best for her next posting in the Ministry of External Affairs as Secretary (East).