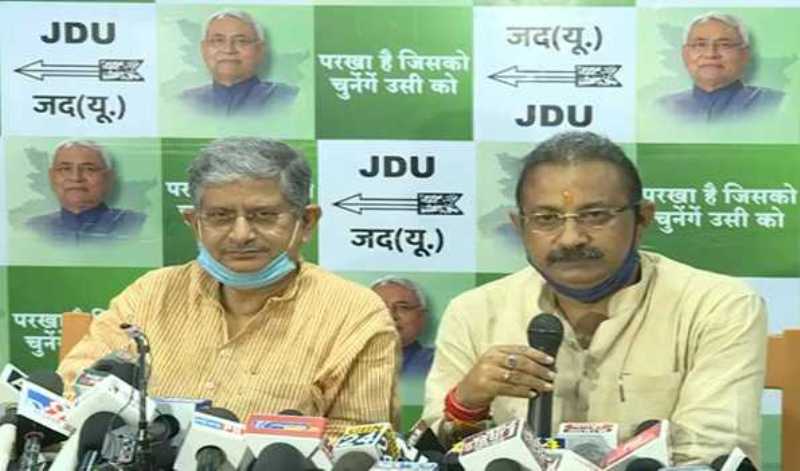 Bihar Chief Minister and also national president of JD(U) Nitish Kumar granted membership to JD(U) in presence of senior party leaders at the residence of CM.

It is believed that Pandey would contest Assembly Elections from Buxar. He had strongly batted for CBI inquiry and also raised doubts over the role of Mumbai Police in mysterious death of Hindi film actor Sushant Singh Rajput.

Father of Sushant Singh Rajput had filed FIR in Patna demanding CBI inquiry and on the basis of his request, Bihar government had recommended for CBI probe into the case and Centre had also accepted it.

Even Supreme Court had termed the decision of Bihar government in recommending CBI probe into the case as legal and constitutional.