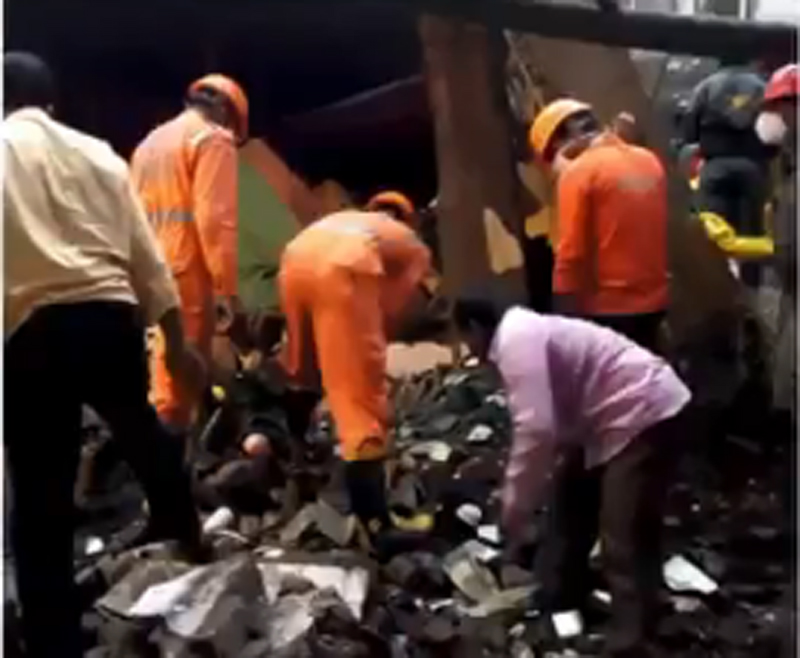 Mumbai: At least eight people have died as a multi-storied building collapsed in Maharashtra's Bhiwandi area on Monday.

Officials said 20 to 25 people are still feared to be trapped under rubble.

The Chief of the RDMC of the TMC Santosh Kadam told UNI that the ground plus three-storied building situated at Patel compound of Narpoli near the Dhamankar Naka collapsed at around 0340 hrs today even when the occupants were asleep.

He said that a portion of the building collapsed and many occupants were trapped in the debris of the collapsed building.

Kadam said that a team of NRDF rushed to the scene for massive rescue operations which was undertaken immediately.

He said that as per the direction of the Thane Municipal Commissioner Dr Vipin Sharma a team of TDRF has also been rushed to the scene for the rescue operations.
The rescue team of the TDRF which reached the spot pulled out a boy alive from below the debris, he said.

Kadam also said that the bodies of eight of the occupants had been removed from the debris and at least five persons were rescued alive by the rescue teams.

It was immediately not known if the building was in the list of dangerous buildings and what was the age of the structure.
The total number of residents of the building is still not clear.

Further details are awaited from the authorities.