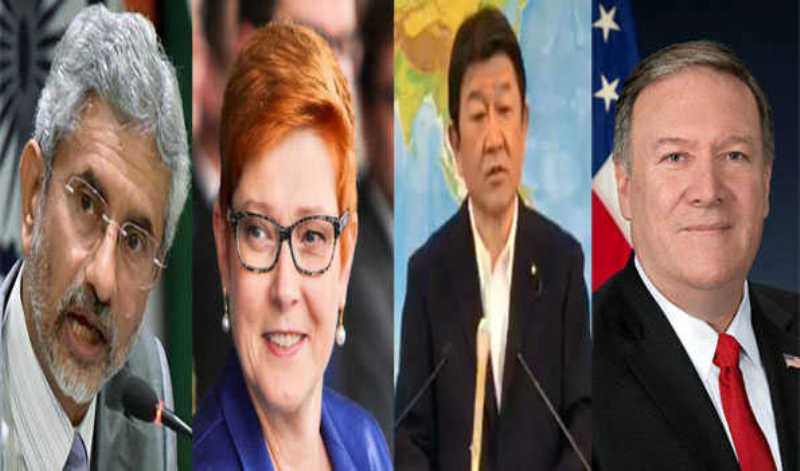 India, US, Australia & Japan to hold 'Quad' talks next month

Tokyo/New Delhi: The foreign ministers of the Quad countries, which include India, US, Japan and Australia, are likely to meet and have their security dialogue next month in Japan amid increasing military muscle-flexing by China in the Indo-Pacific region.

A report by Japan Times said that the meeting is likely to discuss ways to deal with China’s aggressive posture in the medical field, including vaccine development.

The meeting will be convened by the foreign ministers of these four nations viz. S Jaishankar (India), Mike Pompeo (US), Marise Payne (Australia) and Toshimitsu Motegi (Japan), reports UNI.

Quadrilateral Security Dialogue (QSD, also known as the Quad) is an informal strategic forum between the United States, Japan, Australia and India that is maintained by semi-regular summits, information exchanges and military drills between member countries.