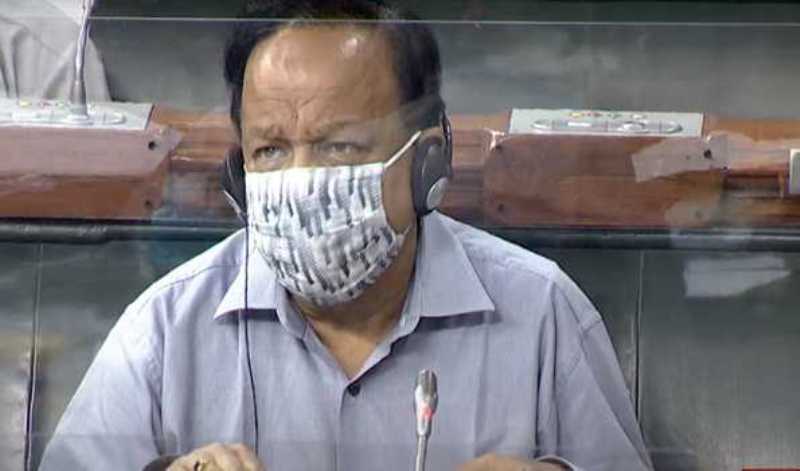 New Delhi/UNI: The Rajya Sabha on Saturday passed a law providing for upto five years in jail for those attacking doctors and healthcare workers engaged in COVID-19 duties.

The Epidemic Diseases (Amendment) Bill, 2020 , moved for consideration of the House by Health Minister Harsh Vardhan in the Upper House, was passed by the House by a voice vote.

The passage of the Bill came after the statutory resolution disapproving of the ordinance on the Bill moved by Benoy Vishvam of the CPI was rejected by a voice vote.

The Bill seeks to replace an ordinance issued by the government in April.

The Union Cabinet had promulgated The Epidemic Diseases (Amendment) Ordinance 2020 to amend the Epidemic Diseases Act, 1897, to protect healthcare service personnel and property, including their living/working premises against violence during epidemics.

Replying to a discussion on the Bill in the Upper House, the Health Minister said that there has been a drop in the number of incidents of violence against health workers has been witnessed in the country after an ordinance was brought.

'There has been a dramatic decline in the number of incidents of violence against health workers in the country after an ordinance was brought, making such activities a non-bailable offence, 'Dr Harsh Vardhan informed the house.

The Health Minister said that the government is working on national public health act for the past 3-4 years.

All issues not included under Epidemic Act or National Disaster Management Act will be included in the Public Health Act,' the Minister said.