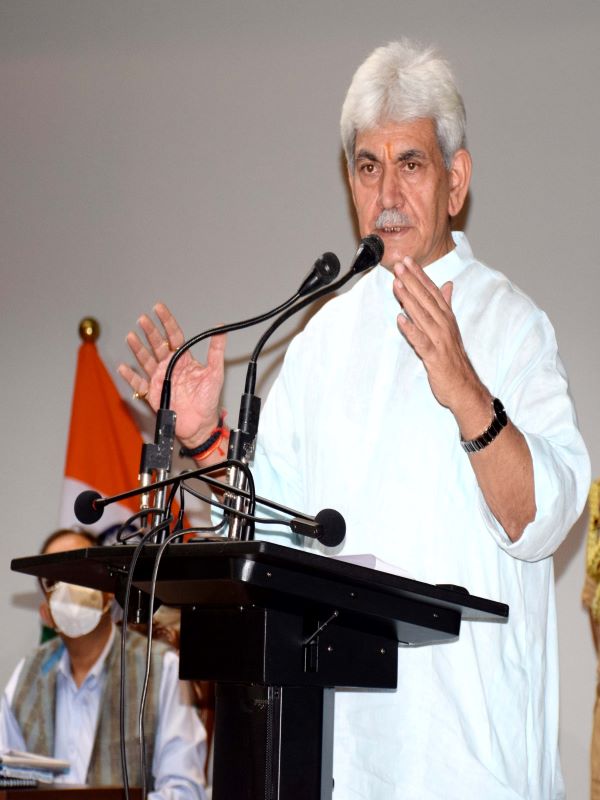 50 pc discount in water, electricity bills for one year in economic package announced by J&K LG

One of the major highlights of today's announcements is a discount of 50 per cent for people of J&K in water and electricity bills for a year, said an NDTV report.

"We have approved an economic package of Rs 1,350 crores for Jammu and Kashmir's struggling business community. This is additional to the benefits of the Atmanirbhar Abhiyan, earlier announced by Prime Minister Narendra Modi," the report quoted Sinha, who took oath last month as the union territory's L-G.

He further said that "stamp duty is exempted till March 2021 for all borrowers".

A new industrial policy is in the offing to boost the industrial sector, which received major setbacks due to disruption of economic activities since August 5 last year after Article 370, which granted special status to Jammu and Kashmir, was scrapped, followed by the coronavirus-induced lockdown, the L-G said, reported NDTV.

The L-G had said last month that a panel will be set up to work out the modalities for the revival of the ailing ecoonomy of the union territory and providing support to its business community.

"This is for the first time here in so many years that a committee has submitted the report in the given time frame which was 12 days," the Sinha said, praising the panel which submitted report before the deadline (September 1).

Giving details about the economic package, he said, "We have decided to give 5 per cent interest subvention to every borrower from the business community, without any conditions, for six months in the current financial year. This will be a huge relief for them and will help in generating employment here" reported NDTV.

"For one year, we will be giving a 50 per cent concession in water and electricity bills. We will be spending ₹ 105 crore on this. This will benefit farmers, normal people, businessman and others," Sinha said, the report added.

"Under credit card scheme, we have decided to extend the maximum limit of ₹ 1 lakh to ₹ 2 lakh for people working in the handloom and handicraft industry. They will also be given 7 per cent interest subvention. From October 1, J&K bank will start a special desk for youth and women enterprises," the L-G added, it stated.