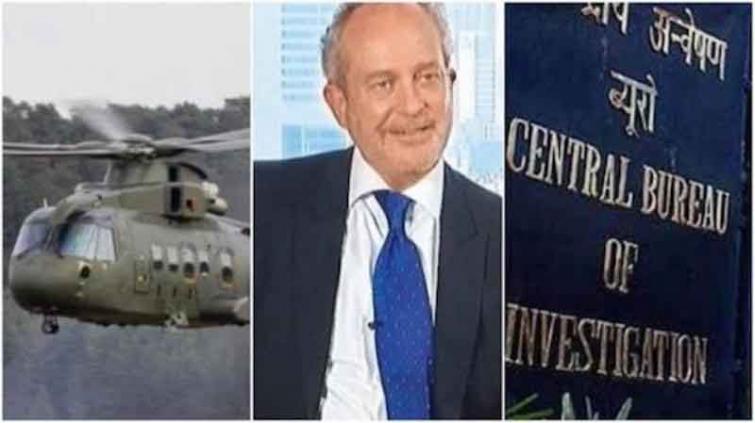 New Delhi/IBNS: The Central Bureau of Investigation has filed a supplementary charge sheet in the in the Rs 3,727 crore AugustaWestland scam against 15 accused, including key middlemen Christian Michel James and Rajiv Saxena, said media reports on Saturday.

In the latest charge sheet, the CBI has detailed the role of the British middleman Christian Michel James in receiving and transferring the bribes for politicians, bureaucrats and Indian Air Force (IAF) officials in India with the help of  Dubai-based businessman Rajiv Saxena.

The charge sheet does not name former Joint Secretary (Air) in the Defence Ministry Shashi Kant Sharma, former Air vice marshal Jasbir Singh Panesar and three other IAF officers - deputy chief test pilot SA Kunte, wing commander Thomas Mathew and former group captain N Santosh as the CBI is yet to receive sanction from the Defence Ministry to try them in the case, said media reports, adding that the central investigating agency has sought permission in March to prosecute them.

A supplementary charge sheet will be filed against them once an approval is received from the Defence Ministry, said reports.

An HT report said that Rajiv Saxena was made an approver by the Enforcement Directorate (ED) in the case but later dropped him after finding he was misleading the investigators.

He is a ‘hawala operator’ and has laundered the proceeds of crime in the cases of AgustaWestland scam, or VVIP chopper scam, ED has alleged.

He operated as a middleman for Anglo-Italian firm AgustaWestland which allegedly paid 42 million euros (Rs 295 crore) bribe to pay to Indian politicians, bureaucrats and defence ministry personnel for appropriating the deal for 12 VVIP choppers in favour of the company.

The chopper deal was signed in 2007 by the Manmohan Singh government, but the contract was cancelled after six years, following allegations that AgustaWestland paid kickbacks in India of Rs 362 crore.

Sharma had initiated the purchase of the helicopters when he was Joint Secretary (Air) in the Defence Ministry between 2003-2007. He approved the purchase in 2010 as Director General (Defence Acquisition).