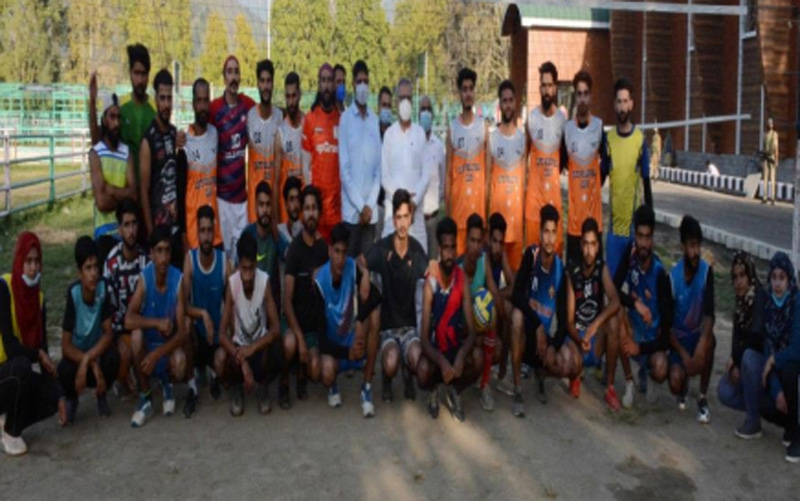 Advisor Khan inspected various sections of the sports facility and had a firsthand the stock of the ongoing works there.

On the occasion, he inquired about the sports courts and the type of sports among other categories of indoor sports which would be played at the hall.

He directed the concerned executing agency to pace up the remaining works at the sports hall so that the facility would be dedicated to the sportspersons and other players at the earliest.

The Advisor was accompanied by Secretary J&K Sports Council (JKSC), Naseem Choudhary and other concerned. Secretary JKSC briefed the Advisor that the sports hall would provide facilities for playing many indoor games like Judo, Badminton, Martial Arts and Table Tennis.

The Indoor Hall is being executed by the Jammu and Kashmir sports council at a the total cost of Rs 5 crore. Advisor Khan also inspected the nearby Football, Hockey and Rugby fields and was told that synthetic turfs are being laid at Hockey field and other renovation works would be executed soon for Football field as well as the Rugby field.

Later, the Advisor also witnessed a practice volleyball match and also interacted with the volleyball players who come from different districts of Kashmir valley for practising the game at the facility.

The players also thanked the Advisor for the construction of an indoor sports hall in a record time.