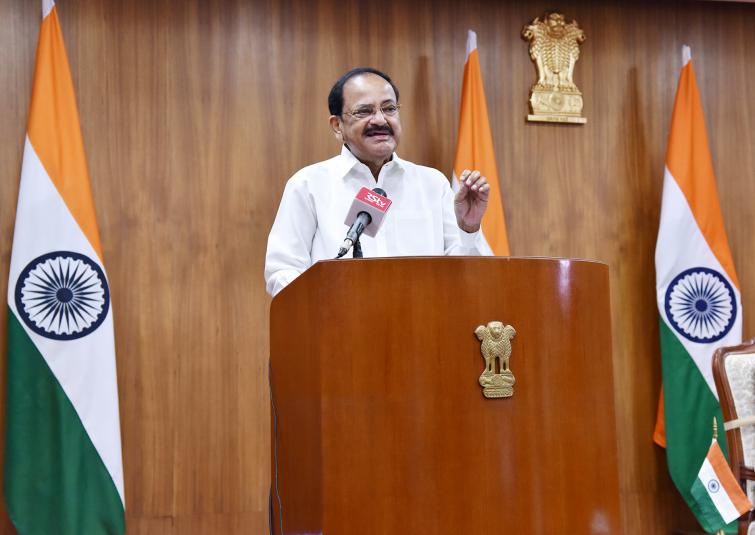 New Delhi: Vice President M Venkaiah Naidu on Monday suggested that milk could be given either as part of breakfast or the mid-day meal in order to improve the nutritional levels of children.

Naidu spoke to the Union Minister for Women and Child Development, Smriti Irani in this regard and made this suggestion.

The Minister assured the Vice President that the central government would consider recommending to all the States to include milk in the mid-day meal scheme.

Earlier in the day, Atul Chaturvedi, Secretary, Department of Animal Husbandry & Dairying, called on the Vice President at Upa-Rashtrapati Nivas today and briefed him about various measures being taken to help poultry and dairy sectors to tide over the problems in the wake of COVID-19 pandemic.

He informed the Vice President that the government was encouraging entrepreneurship in the poultry sector and providing support by way of incentives and policy intervention.

He also said that the Department of Animal Husbandry would also consider recommending to the Ministry of Finance the need to restructure loans for the poultry industry.

He also apprised Naidu that the procurement by the milk cooperatives in the organized sector has been stepped up.

On the suggestion of the Vice President, the Secretary assured to consider extending a similar facility to private dairies.

The Vice President was also informed of the plans of the department to develop cattle farms, sheep and goats rearing farms and regional fodder stations through public-private partnership model by better utilizing the available infrastructure.

He also apprised him of plans to improve cattle breed through latest in-vitro fertilization technology.