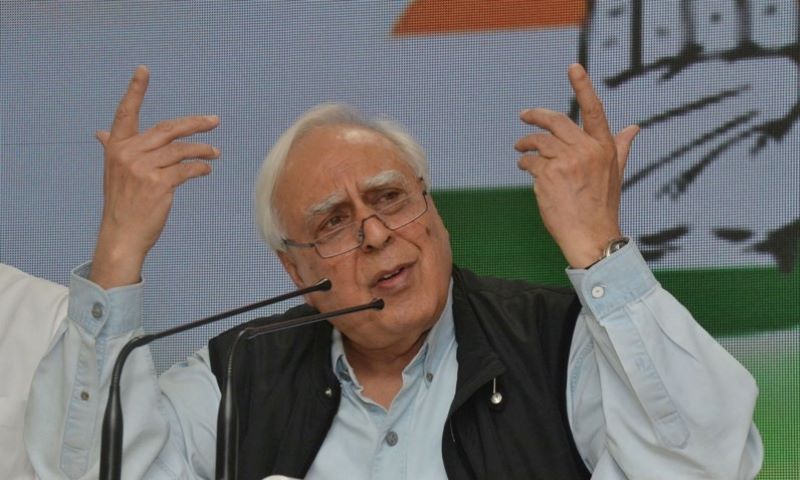 New Delhi/IBNS: Senior Congress leader Kapil Sibal on Monday slammed Rahul Gandhi for accusing him of "colluding" with the ruling Bharatiya Janata Party (BJP), bringing the fight within the party to public domain.

At the Congress Working Committee (CWC) meeting which is underway, Congress leader Rahul Gandhi has questioned the timing of the letter sent by his 23 party colleagues calling for a change in the leadership at all levels, a day after his mother Sonia Gandhi expressed her desire to step down as the outfit's president.

Hitting back at his former party chief, Sibal tweeted, ""Rahul Gandhi says “we are colluding with BJP “Succeeded in Rajasthan High Court defending the Congress Party. Defending party in Manipur to bring down BJP Govt. Last 30 years have never made a statement in favour of BJP on any issue. Yet “ we are colluding with the BJP “!"

Rahul Gandhi says “ we are colluding with BJP “

Defending party in Manipur to bring down BJP Govt.

Yet “ we are colluding with the BJP “!

At the virtual Congress Working Committee (CWC) meeting, Rahul, who had resigned as the Congress president after the party's disastrous performance in the 2019 General Elections, said the letter was sent at a time the outfit was battling political crisis in Rajasthan and Sonia was unwell.