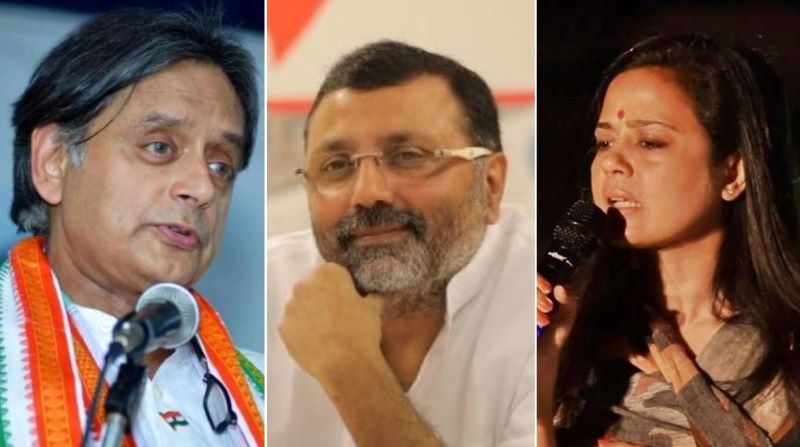 The row erupted after US publication Wall Street Journal reported Facebook had ignored the hate-speech posts, favouring the BJP.

After Congress MP Shashi Tharoor said the Parliamentary Standing Committee on Information Technology, which he heads, will seek the views of Facebook, Dubey hit at the Thiruvananthapuram lawmaker saying on Twitter, "The Chairman of Standing Commitee does not have the authority to do anything without discussion of the agenda with its member. ⁦@ShashiTharoor stop @RahulGandhi agenda without authorisation by the Committee and Speaker @ombirlakota." 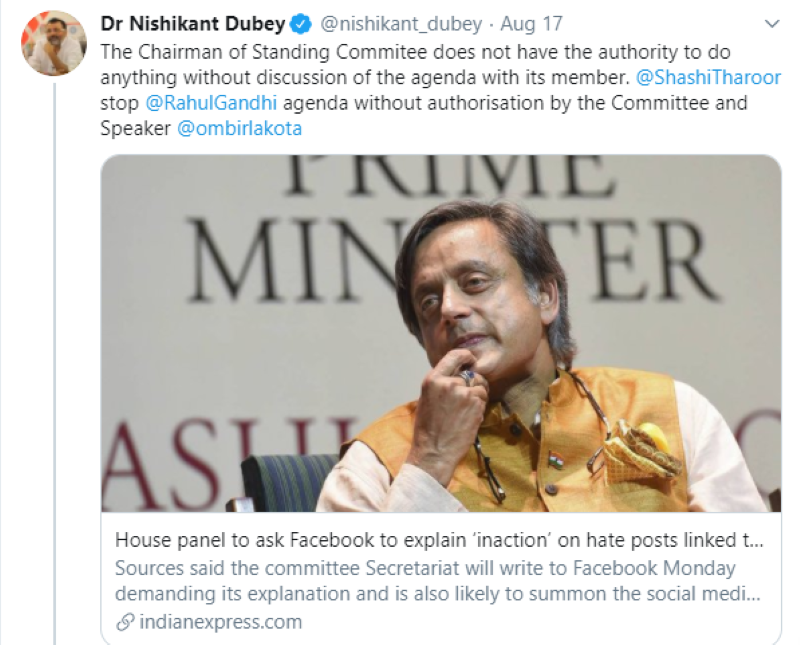 Trinamool Congress (TMC) Mahua Moitra, who takes on the BJP on social media often, slammed Dubey saying, "Am IT comm member - agenda item was already agreed & bulletinized with Speaker's approval at the beginning of the year. When to schedule each item & who to call is Chairman's prerogative Amazing how @BJP jumps up & down at anything to do with FB’s interests!" 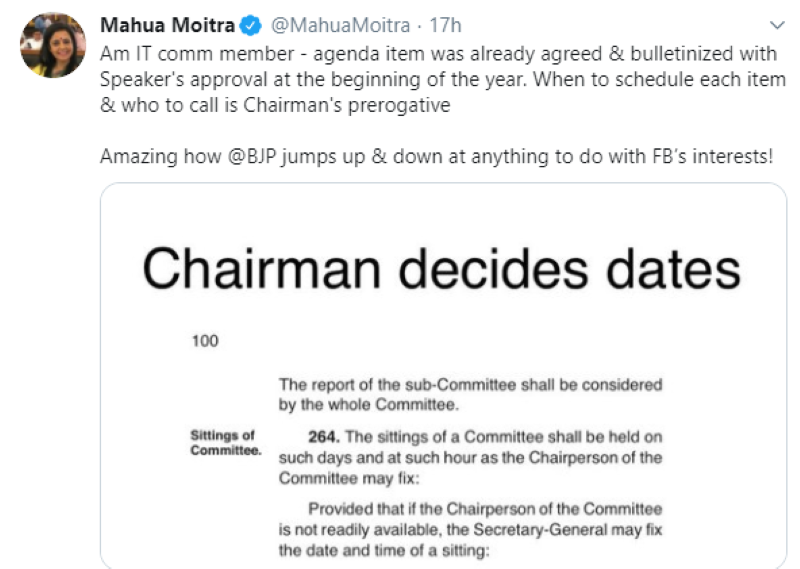 Supporting Moitra, Tharoor said, "You are absolutely right, @mahuaMoitra,& by imputing motives to my decision, @nishikant_dubey has brought the Committee's work into disrepute, a matter I will take up. Extraordinary that an MP would suggest that a matter of such great public interest should NOT be taken up by us!"

According to the Wall Street Journal, Ankhi Das took the call of "deliberately ignoring" hate speech by BJP leaders.

The Journal's article alleged that Facebook has a "broader pattern of favouritism" towards the BJP.