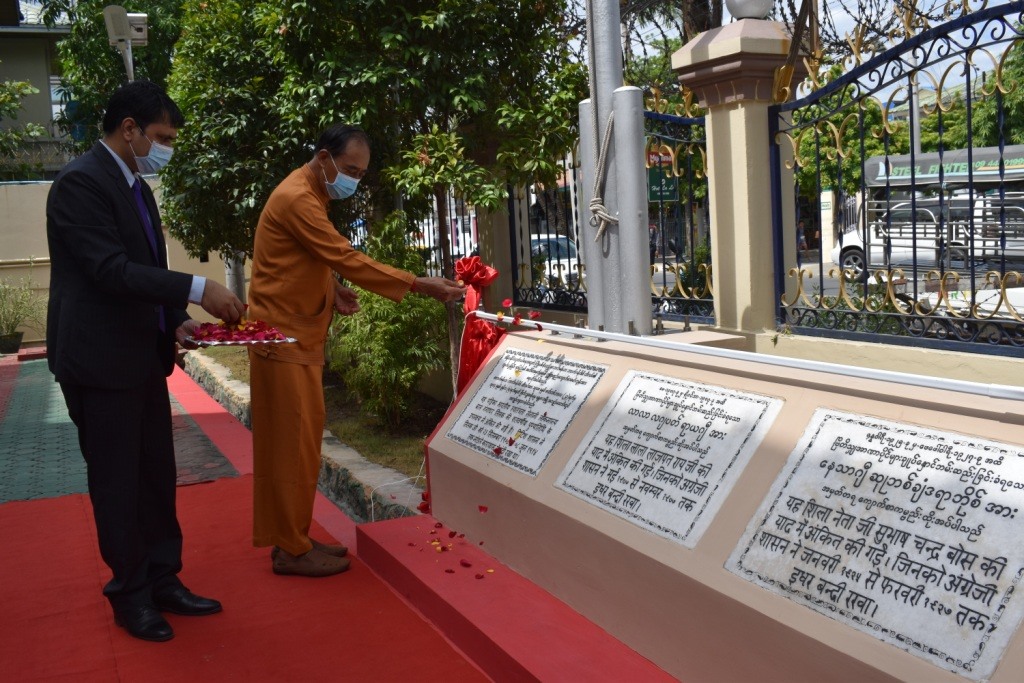 Mandalay: Marking the age-old relationship shared between India and Myanmar and observing Bal Gangadhar Tilak's legacy and contribution to the Indian freedom struggle, the Consulate General of India in Mandalay recently organised an event.

The Consulate General of India  organized the event to mark the centenary death anniversary of Lokmanya Bal Gangadhar Tilak, who was incarcerated in Myanmar during the British period.

Saing and Indian Consul General Neeraj Kumar jointly inaugurated the portrait of Lokmanya Tilak and a marble plaque dedicated to his time in the Mandalay prison.

"All necessary precautions for COVID-19 were followed during the event," read the post.

Tilak has a strong relationship with Myanmar.

In Mandalay, he wrote the renowned book ‘Gita Rahasya’ which was later published in 1915.