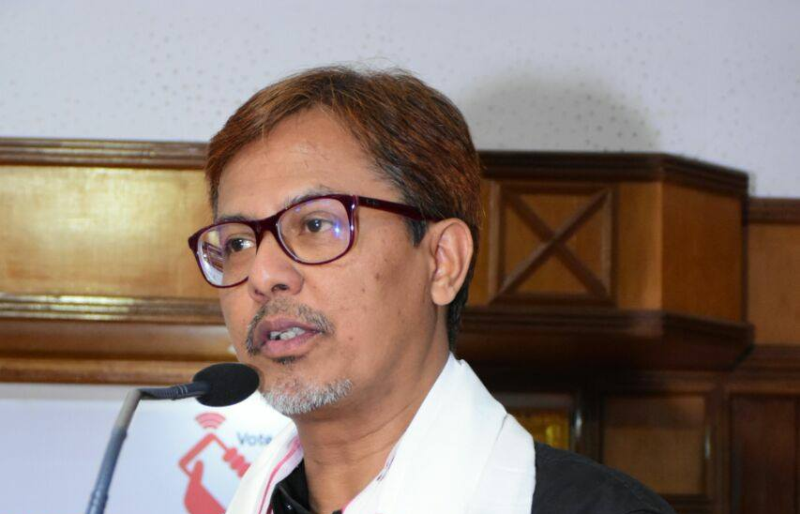 Guwahati/UNI: A number of FIRs have been filed against an Assam BJP legislator Shiladitya Dev for calling an Assamese litterateur Syed Abdul Malik was an “intellectual jihadi”.

Days after Dev, known for making provocative statement on religious lines, said  he termed revered scholar Syed Abdul Malik an “intellectual jihadi”, over half a dozen complaints have been filed against all across the state by various organizations and political parties.

Condemning the statement, the opposition Congress demanded action against the Hojai MLA as per the provisions of law.

“Syed Abdul Malik is a Padma Shri and the Padma Bhushan recipient. He contributed immensely to Assamese literature and the greater Assamese society. By describing him an intellectual jihadi, the BJP MLA demonstrated his nasty mentality in public,” Congress MLA and leader of the Opposition, Debabrata Saikia, said.

The state’s highest literary body Assam Sahitya Sabha, of which Malik was a former president, and the All Assam Students’ Union (AASU) also slammed Dev for the statement.

The AASU, which had burnt his effigies in protest, said the MLA was mentally sick and should be sent to a hospital.

On Saturday, Dev had said that Malik indulged in “intellectual jihad”.

He made the remarks while commenting on the recent communal clash in Sonitpur district on the day of the foundation stone-laying of Ram temple.

Earlier, too, Dev had made controversial comments over the Citizenship (Amendment) Act and the National Register of Citizens (NRC).

Dev had alleged that Hindu refugees were being shown as foreigners, while the names of Bangladeshi Muslims were published in the final NRC.

Dev was also reprimanded by his party for making provocative statements on earlier occasions.