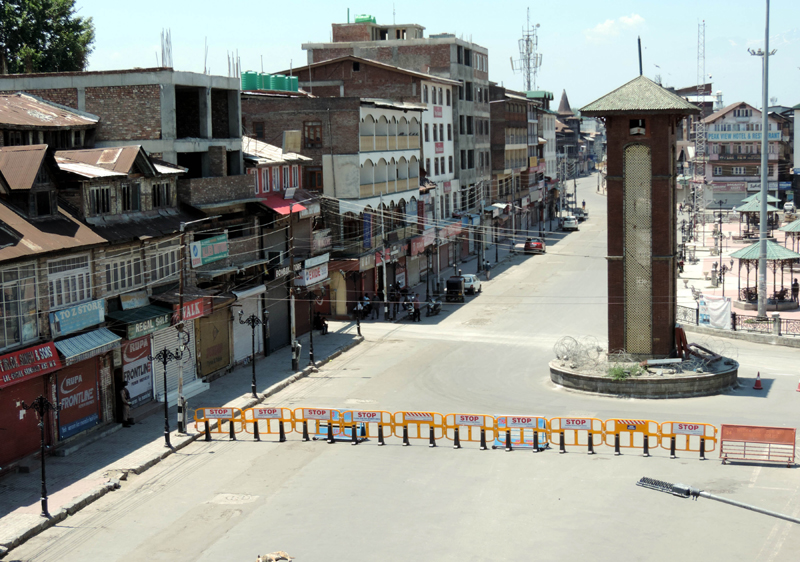 Srinagar/UNI: A high-level core group meeting reviewed overall security situation and coordinated measures for the month of August ahead of the one-year anniversary of the abrogation of Articles 370 and 35A, official sources said on Tuesday.

The core group meeting, co-chaired by Chinar Corps Commander Lt General B S Raju and Director General of Police (DGP) on Monday evening, discussed at length the overall security situation in the valley, where curfew has been imposed since Tuesday morning as a precautionary measure to maintain law and order.

Sources said the meeting was also attended by senior officers of civil administration, intelligence agencies and security forces at Srinagar.

They said the Core Group reviewed the security situation and coordinated measures for the month of August during which besides the first anniversary of snapping special status and division of the state (August 5) and the Independence Day celebrations will be held.

The meeting followed by announcement of imposition of curfew restrictions in the Kashmir valley as a precautionary measure for two days from today. It was decided that strict action will be taken against all those who try to disturb peace in the valley.

The field commanders were also directed to take all precautions to maintain law and order.

It also discussed the measures taken to prevent further spread of Coronavirus in the valley, where Covid-19 positive cases witnessed spike despite lockdown and other restrictions.