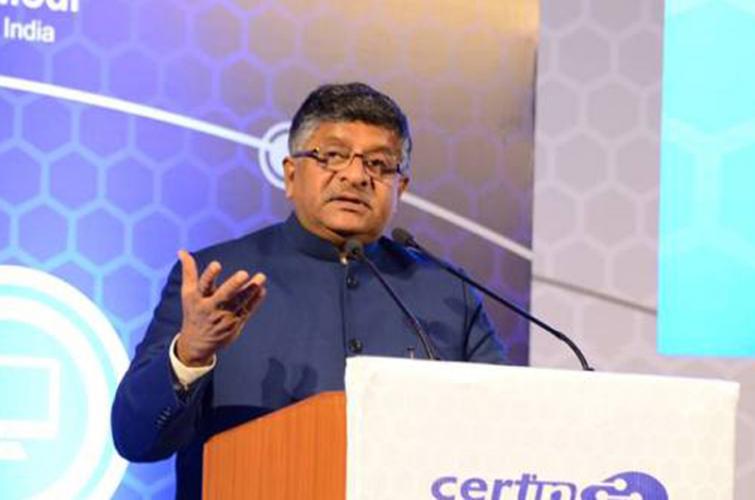 New Delhi/UNI: Union Communications, Electronics & Information Technology Minister Ravi Shankar Prasad on Monday said that he was absolutely fine and has isolated himself at home for few days as he met Union Home Minister Amit Shah a day before the former BJP president tested Corona positive.

Shah has tested positive on Sunday for novel coronavirus infection and was subsequently admitted to Medanta hospital in Gurugram on doctors' advice.

In his tweet, Prasad said, 'Friends! I’m absolutely fine. To follow protocol I have isolated myself at home for few days as I had met Amit Shah Ji on Saturday evening for an official meeting.'

The Law Minister said he was working from home and following his daily routine.

'I am working from home and following daily routine including Yoga & exercise. Also reading books & enjoying classical music,' he said in his missive.

On Sunday, the Home Minister made the announcement on Twitter saying he got tested after showing initial symptoms of Covid-19. 'On getting the initial symptoms of Corona, I got the test done and the report came back positive. My health is fine, but I am being admitted to the hospital on the advice of doctors,' Mr Shah said.

Shah also requested those who came in contact with him in the last few days to get tested for Coronavirus and isolate themselves.