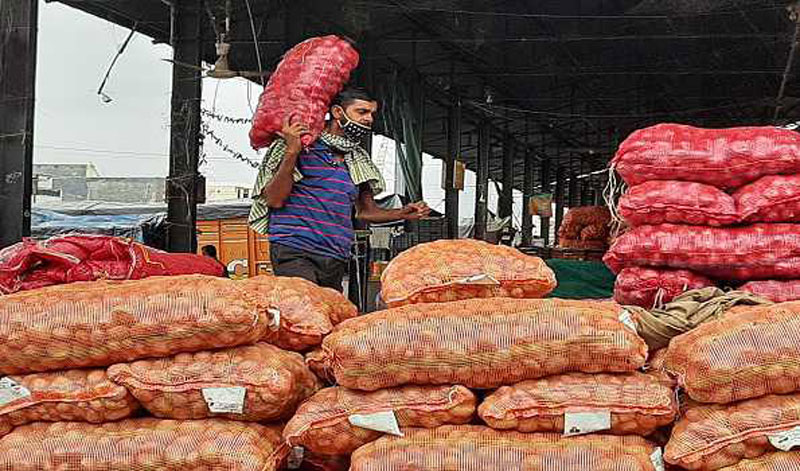 Jammu/UNI: With few days left to mark the first anniversary of Article 370 rollback in Jammu and Kashmir, Prime Minister Narendra Modi government has connected two major vegetable and fruit markets with the national agricultural market thus protecting the farmers from the middlemen.

Official sources in the Jammu and Kashmir administration here said that the Central Government has connected two major mandies of the Union Territory (one each in Jammu and Srinagar) with the National Agricultural Market so that the farmers directly get good prices for their crops and do not have to go to the middlemen for sale.

“It is a big gift to the farmers by the Modi government,” said a farmer at Narwal Mandi here terming it as ‘Achhe Din’ for the fraternity as a celebration on the first anniversary of Article 370 Abrogation.

He said that connecting mandies of Jammu and Srinagar with the National Agricultural Market will definitely give boost to the production and sale besides it will double the efficiency of the farmers of growing cash crops.

Pertinently, Narwal Mandi of Jammu is ranked one of the top most vegetable/fruits markets of the North India.

“E-auction halls have been created at Mandies wherein LED TVs have been installed along with internet facility so that farmers remain updated with the latest price of the crop across the country being telecast live on daily basis by various markets operating,” an official said.

He also added that along with this, separate entry, crop sampling, online trading, crop weighing, invoicing and online payment arrangements have also been made for the farmers visiting to the Narwal Mandi to sell the crop.

“This initiative is surely be boosting farmer community and by getting directly connected with National Agricultural Market, we will be benefitted and ofcourse with an ouster of middlemen, now his share will also be coming to our kitty,” another farmer added and appealed to the government to aware farmers about it so that they can avail the facility and earn good profits.

Many farmers expressed happiness over the decision asserting that now they can become more aware of countrywide rates of the crops.

Arvind Talgotra, Member Secretary, Department of Agriculture in Narwal Mandi, Jammu, claimed that till now farmers who used to bring their crops for sale, most of the benefits used to be taken by the middlemen, but his role has ended and ultimately, the income of the farmers will also get healthier.