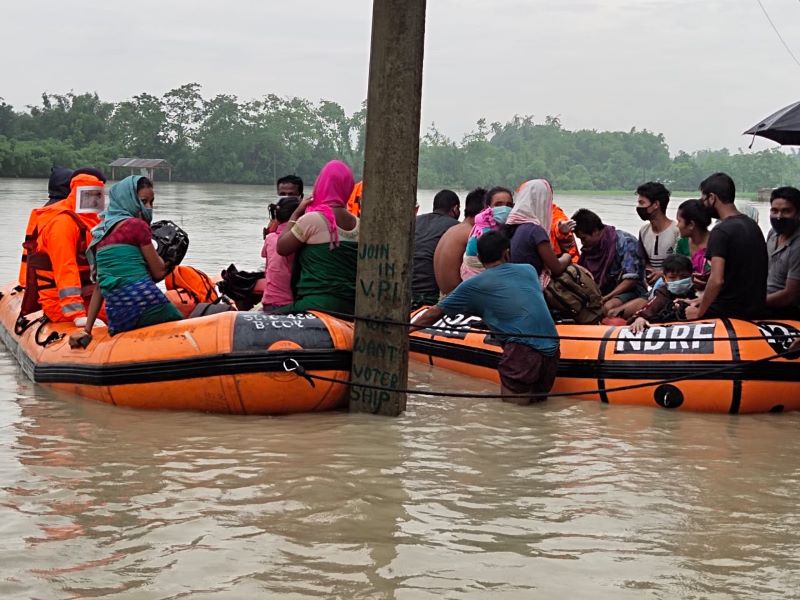 Guwahati/IBNS: Nearly 20 lakh people of 22 districts of Assam are still affected by the flood that has claimed 104 lives so far from across the northeastern state.

On Tuesday, one person drowned in flood waters in Goalghat district taking the toll to 104.

1966 villages under 64 revenue circles are currently under water and 96452 hectares of agricultural lands have submerged by the flood waters.

On the other hand, the water level of Brahmaputra river is still flowing above danger level at Neamatighat in Jorhat district, Tezpur in Sonitpur district, Goalpara and Dhubri district.

In Kaziranga National Park, 137 animals including 14 one horned rhinos died due to the flood.