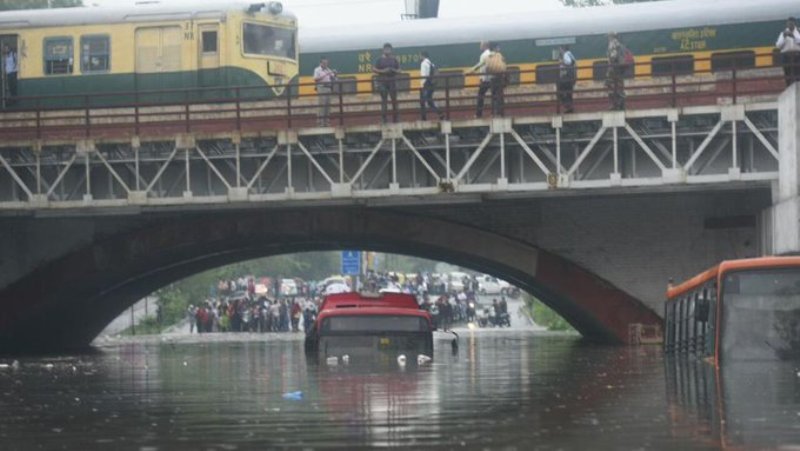 A person's body was found floating in water under the national capital's iconic Minto bridge.

The body has been identified to be that of the pick-up truck driver.

Happy to inform you all that it rained in Delhi last night. Here's the proof. The famous #MintoBridge. Yesterday once more ???? pic.twitter.com/6YGzwGBW9E

Heavy rains have also brought down the temperature in the city.

Till 5:30 AM, the Safdarjung Observatory recorded 4.9 mm rainfall.