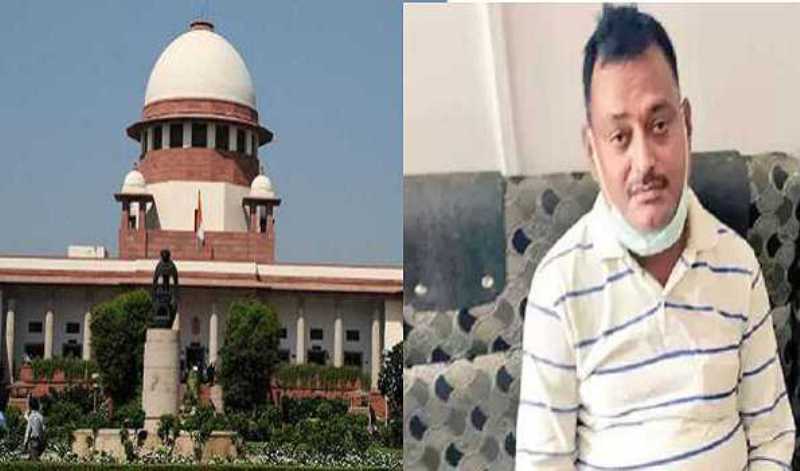 New Delhi/UNI: Sub-Inspector K K Sharma, who was arrested by the Uttar Pradesh Special Task Force (STF) for allegedly tipping off gangster Vikas Dubey and his gang about the police raid in Kanpur, on Sunday moved the Supreme Court, seeking security for himself and his wife Vinita Sirohi.

In his petition, Sharma said that after the encounter of gangster Vikas Dubey and his aides, he fears for his and his wife's life, as the STF may eliminate him in a similar manner.

Seeking protection of his fundamental right to life and fair investigation guaranteed under Article 14 and 21 of the Constitution, the accused urged the apex court to shift the case to an independent agency or the Central Bureau of Investigation (CBI).