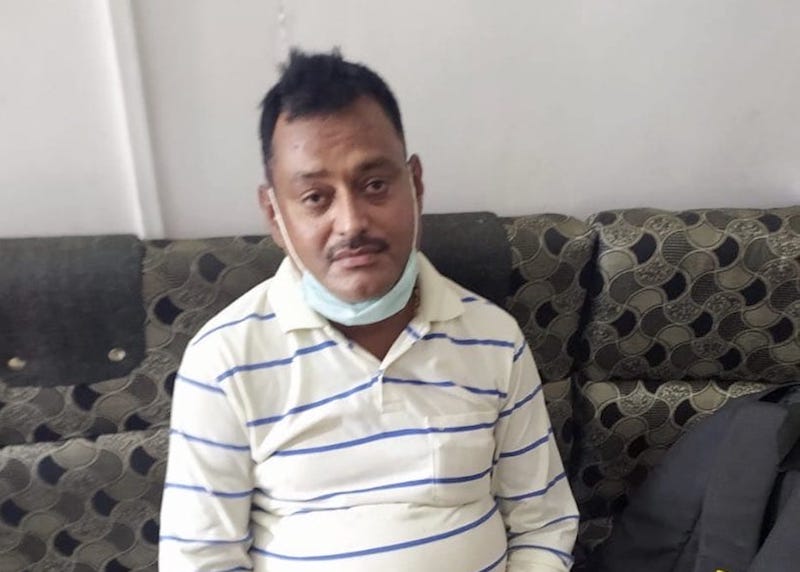 Ujjain (MP)/UNI: After a five-day-long dramatic chase, Vikas Dubey, the mastermind of Kanpur bloodbath in which eight cops of the Uttar Pradesh Police were killed, was finally arrested on Thursday morning along with accomplices Bittu and Suresh in a comparatively low-key episode in this divisional headquarters’ Mahakal Chowki limits.

“The criminal was apprehended in Mahakal Chowki area and is under heavy guard," senior olice officials said, adding that UP police has taken the custody of Vikas Dubey  in Ujjain and took him to Kanpur on transit remand by road.

Madhya Pradesh Home Minister Narottam Mishra described it as a collective feather in the cap for his officers and men.

A senior functionary of the state police disclosed that the lawbreaker was apprehended in the vicinity of this ancient temple town’s world-renowned Mahakaleshwar shrine when he was heading to ‘pay his respects’ to the presiding deity.

“Dubey was trying to enter the place of worship when he was recognised by vigilant security personnel. We were alerted and immediate action followed. The criminal attempted to flee, but in vain,” the officer said.

While being forced into a police vehicle, the unrepentant gangster turned to the crowd of onlookers and shouted in Hindi, “Main Vikas Dubey hoon, Kanpur waala (I am Vikas Dubey, the one from Kanpur!)”

The transgressor was interrogated by the Superintendent of Police himself. 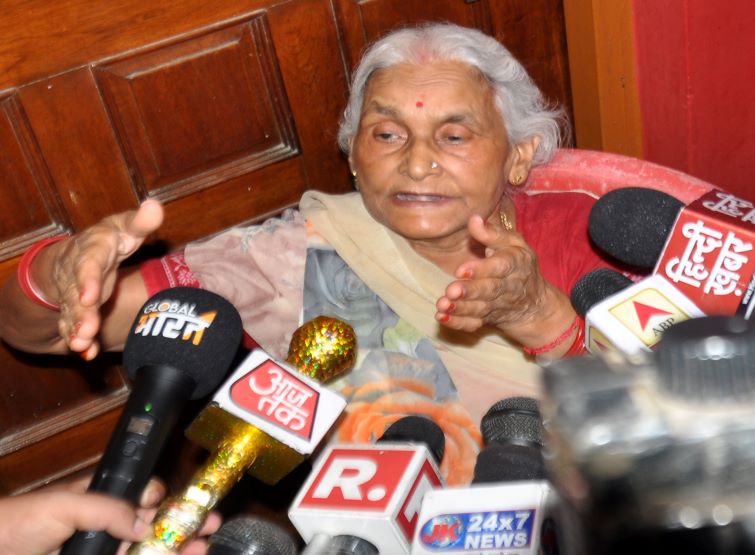 Vikas Dubey's mother speaking to media after her son's arrest

It is yet unclear as to how and when Dubey reached here. A couple of days back, one of his relatives was taken into custody by Uttar Pradesh Police in Shahdol District. According to a report in HT this relative was Vika Dubey's wife Richa's brother, also a history-sheeter.

Meanwhile, in Kanpur, Dubey's close aide Prabhat Mishra was gunned down by STF under Panki police station area when the criminal, who was being brought to Kanpur from Faridabad under transit remand, tried to flee from the clutches of the security personnel. In another encounter in Etawah, Ranveer alias Babua Dubey was killed under Bakerwar police station area on early Thursday.

ADG ( Law and order) Prashant Kumar confirmed of both the encounters.

The deceased criminals carried a reward of Rs 50,000 each on their head and were among the 18 criminals who were with Vikas in killing of the police men.

With these two encounters, a total of five criminals, who were with Vikas Dubey in killing 8 policemen at Bikaru village on Friday last have been killed so far.

Yesterday, his right hand and nephew Amar Dubey was shot dead in an encounter in Hamirpur. Two other criminals were shot dead on the same day when the policemen were ambushed.

The Uttar Pradesh Police had launched a manhunt of epic proportions and raised the bounty on Vikas Dubey from Rs 25,000 to Rs 5 lakh in the matter of five days.

ADG ( Law and order) Prashant Kumar confirmed of both the encounters.

Yesterday, his right hand and nephew Amar Dubey was shot dead in an encounter in Hamirpur.

Two other criminals were shot dead on the same day when the policemen were ambushed.

The Uttar Pradesh Police had launched a manhunt of epic proportions and raised the bounty on Vikas Dubey from Rs 25,000 to Rs 5 lakh in the matter of five days.

Soon after his arrest, police nabbed his wife Richa, his son and a servant in Lucknow. Police sources here said that Richa, her son and a servant were arrested near their house under Krishnanagar police station in Lucknow.

After their arrest, Richa, who has been alleged of helping Vikas and was missing after July 2 massacre, would be interrogated by the STF. All the three would be taken to Kanpur where an FIR has been registered against them.

Richa was reported to have given details of the police raid to her husband after watching it in her mobile phone of the CCTV footage from the Bikaru village house.

Even as Uttar Pradesh's most wanted criminal Vikas Dubey was arrested in Madhya Pradesh's Ujjain on Thursday, the 'kalava' tied on his hand and his 'clean-shaven' look have drawn much flak on social media platforms, much to the embarrassment of UP Police, under whose nose, the criminal managed to slip.

Several users raised questions about the new 'kalava' and his well-groomed face, saying that when there was a prohibition on tying of new kalava in the Mahakal temple since the past three months due to Novel Coronavirus, who tied the sacred thread on his hand?

Another user questioned the presence of mediapersons on the spot, when the Madhya Pradesh police was claiming that it had been keeping an eye on Vikas' activities since Wednesday night and that he was arrested under a secret mission.

“It appears to be a sponsored surrender in order to avoid an encounter by Uttar Pradesh Police. I am in possession of inputs that all this became possible by courtesy of a senior Bharatiya Janata Party leader,” Mr Singh conveyed via social media.

Congress General Secretary (UP East) Priyanka Gandhi Vadra, in a tweet, said that ,"State government had failed to Act on the Kanpur incident as even after alert , the prime accused resched Ujjain. It seems there was a nexus. How come a three month old letter of a police officer goes missing and Vikas name was not in the criminal list, which proves a deep conspiracy."

"UP government should recommend for a CBI probe which can only unravel the people giving protection to the criminal," she further said.

On the other hand Samajwadi Party chief Akhilesh Yadav said ,"It has been reported that Kanpur incident prime accused has been arrested. If this is correct, then state government should clarify whether it was an arrest or surrender. Besides this, the accused mobile call details should be made public so that people who were in touch with him could be identified."

Senior Congress leader and former Union minister Jitin Prasada raised question on the arrest of Khushi, widow of Amar Dubey, who was killed in an encounter with police in Hamirpur on Wednesday. Amar had married Khushi on June 29 -- just three days before the Bikru village encounter. She was widowed on Wednesday, a week after being married.

Mr Prasada, who heads the Brahmin Chetna Parishad under the Congress banner, tweeted, "Khushi probably had no choice being married off to Amar and continues to suffer as a widow and facing police harassment. Get Vikas Dubey alive and expose the links and the rot in the system from top to bottom and justice prevails.

"He further tweeted that "The news of Prabhat Mishra''s encounter on Thursday while under arrest is further proof that the govt does not want anyone left alive to tell the real story."

"Not only this, the people of the country are also waiting that the Uttar Pradesh government give strict punishment at the earliest to all the government and political patrons and conspirators related to Vikas Dubey's heinous crimes along with the miscreant."