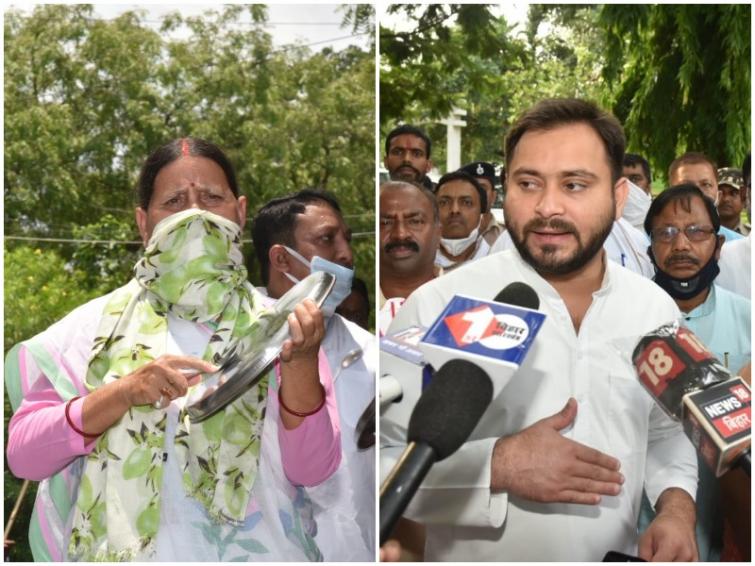 Patna/UNI: Former Bihar Chief Minister Rabri Devi lost her status of Leader of the Opposition in the state legislative council after five MLCs deserted RJD and joined JD(U) today, leaving RJD with only three members in the upper house.

Rabri Devi lost the status of leader of the opposition in upper house since a leader of the party should have the support of  at least 10 per cent of the total strength of the House to get the post and after the exit of five of its eight members, RJD is left with only three members in the 75 member upper house.

Any party should have at least eight members in Bihar Legislative Council for its leader to get the status of Leader of the Opposition, which Rabri Devi does not enjoy in the changed circumstances.

As it is, with five RJD members joining JD(U) today and getting recognition by the acting chairman Awadhesh Narain Singh, the strength of JD(U) increased from 15 to 20 in the Upper House.

The BJP has 17, RJD has 3, Congress has 2, LJP and Hindustani Awam Morcha (HAM) have one member each while two are Independents.

Altogether, 29 seats are vacant in the House.

While submitting a memorandum demanding to ensure execution of provisions of reservation for Scheduled Castes(SCs) and Scheduled Tribes (STs) , Tejaswi complained to the governor that the split in the RJD legislative party in Bihar State Legislative Council was engineered by Chief Minister Nitish Kumar.

After coming out of the Governor's residence Tejaswi told media persons that Kumar had maintained silence over cor,onavirus situation in the state during the last 90 days but utilised it in creating split in opposition parties.

He questioned if Bihar would be benefitted from these actions of the chief minister.

Attacking Nitish Kumar, Tejaswi said Nitish should devote his energy on the development of Bihar and for providing assistance to those facing trouble due to Corona pandemic.

Continuing his tirade, he said the people of Bihar had given massive mandate to the grand alliance in 2015 Bihar Assembly Elections but Nitish ditched RJD and Congress and joined hands with BJP to form an NDA government in the state, adding that it was an insult to the mandate given by the people and they will give him befitting reply in the next assembly elections to be held in in October-November this year.