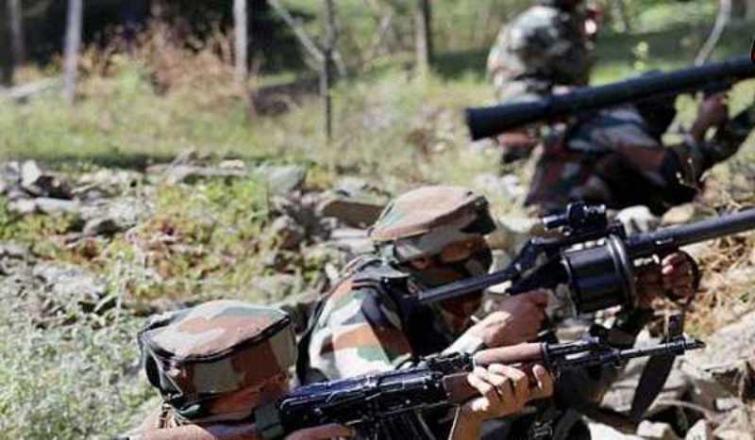 Srinagar/UNI: Pakistani troops again violated ceasefire by resorting to unprovoked heavy shelling and firing from across the Line of Control (LoC) in frontier Kashmir district of Baramulla on Sunday.

The ceasefire violation comes just two days after a woman was killed and two others were injured in Pakistan shelling and firing from across the LoC in Baramulla’s Uri sector, where over 50 families have been evacuated to safer places in view of tension on the border.

He said Indian troops retaliated and the exchange of fire was still going in when the reports last came in.

He added that no one was injured in the shelling.

This was the fourth violation by Pakistan troops in the area during the past over one week. Several structures were damaged in the Pakistan shelling in the civilian area.

People, who have migrated to safer places, are demanding construction of individual and community bankers in the areas directly under the target of Pakistan troops near LoC.

Pakistan has been violating ceasefire frequently in north Kashmir for the last two months that has left several civilians and soldiers dead.

Official sources said that Pakistan troops are violating ceasefire to facilitate militants to infiltrate into Kashmir valley. "A large number of militants are waiting at launch pads in Pakistan occupied Kashmir (PoK) to sneak into this side," they said.

However, they said despite facing all odds, Indian troops remained on high alert along the Line of Control (LoC) to foil any militant attempt to infiltrate into this side.

He said over 3,200 ceasefire violations by Pakistan's troops were recorded in 2019.