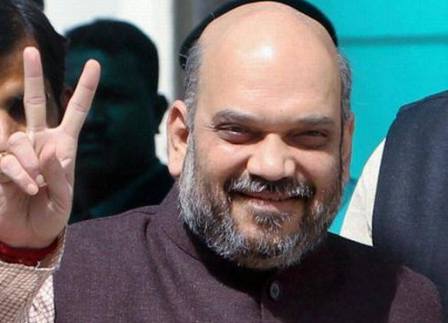 The civic body on Thursday denied the permission citing objected to details like the location of the stage.

A bemused BJP State chief Rahul Sinha later reacted, "This must be a record in India... perhaps it can be entered in the Guinness book... we have gone to court three times to seek this venue." "Let the corporation design the stage, we are fine with that," Mr Sinha said.

The two parties were at loggerheads over controversy for quite some time surrounding the location of the rally to be addressed in the city by its National president Amit Shah scheduled on Sunday, November 30.

Bharatiya Janata Party (BJP) had applied as early as July for permission to hold a public meeting outside Victoria House in Esplanade area, where Chief Minister Mamata Banerjee holds an annual rally every July for her party.

After several intimidation, when the city Police didn't pay heed to their requests, the party appealed to a Calcutta High Court.

It has been learnt that police, however, has refused to give the necessary nod, contending that the rally would cause jams since Victoria House is near a major traffic intersection.

The city police said that Mr Shah's meeting would inconvenience commuters since a major traffic intersection is located at the venue.

The BJP has pointed out that no such concern has been expressed for the Chief Minister's address. Alleging discrimination, the party has refused to consider an alternative location.

After which on last Tuesday the saffron brigade contented in front of the court that ruling Trinamool Congress holds its annual meeting of party workers at the same location every 21 July.

The court has asked BJP to sort the issue with police, following which the party leaders met city's Commisioner of Police Surajit Kar Purakayastha on Thursday, who advised them an alternative spot.

But with BJP denying to accept the alternative, the matter got struck mid-way.

Police on Friday denied the permission again, saying the party didn't have the requisite clearences of Kolkata Municipal Corporation (KMC) and Fire Services.

The KMC, which is under the ruling Trinamool party, on Thursday denied to give clearance.