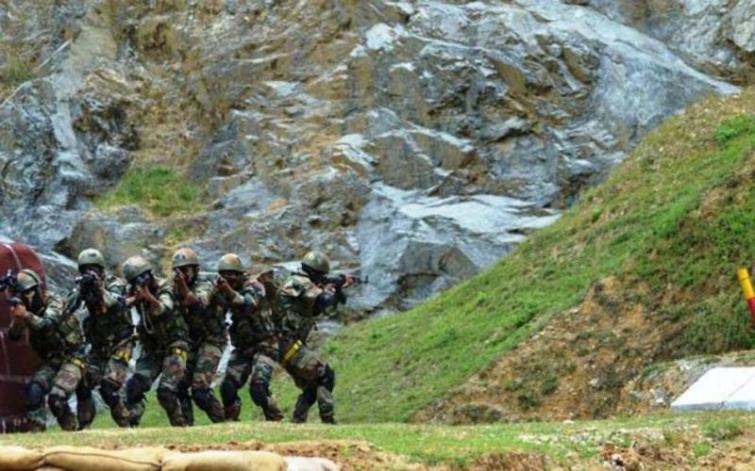 Meanwhile, mobile internet service has been suspended in the area to prevent rumours.

With this, a total of 27 militants have been killed in different encounters in the past two weeks.

Defence Ministry spokesperson Colonel Rajesh Kalia told UNI that Special Operation Group (SOG) of Jammu and Kashmir police, Rashtriya Rifles (RR) and CRPF launched a joint CASO at village Sugoo Handamah in Shopian following a tip-off about the presence of militants at 1:45 am on Wednesday.

However, he said when the troops were moving towards a particular area in the village, militants hiding there opened fire with automatic weapons at 5:30 am.

Col. Kalia said that security forces retaliated, ensuing in an encounter, adding three militants were killed in the exchange of fire.

Official sources said that when security forces were sanitizing the encounter site, fresh firing exchange of fire took place during which two more militants were killed.

“Bodies of three militants have been recovered so far,” they added.

Meanwhile, additional security forces and police were deployed in the adjacent areas to prevent any demonstration.