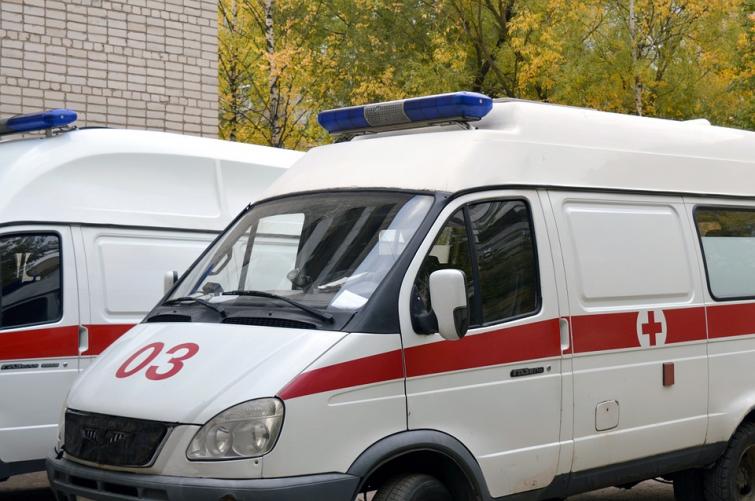 Noida/IBNS/UNI: An eight month pregnant woman died in Uttar Pradesh's Noida after her family failed to admit her in a hospital despite trying for 13 hours in half-a-dozen facilities, said media reports.

The woman died on Friday outside a facility in Greater Noida in an ambulance after eight hospitals, including government ones, refused to admit her.

Neelam, 30, was undergoing treatment in Shivalik Hospital, a private facility, for pregnancy complications. But, on Friday, the hospital refused to admit her, which forced the woman's family members to approach the other hospitals.

They first went to ESI hospital, then a hospital in Sector 30, after that Sharda and then Government Institute of Medical Sciences (GIMS) in Greater Noida, but none of the hospitals admitted her,  the woman's husband can be seen as saying in a video circulating in the social media. They also tried to get admission in private hospitals Jaypee, Fortis Hospital in Gautam Buddh Nagar and Max in Vaishali, Ghaziabad, but were allegedly told that no beds were available.

Ultimately, she died in the ambulance. She was put under a ventilator in GIMS but that was too late, the woman's husband said.

Gautam Buddh Nagar District Magistrate Suhas LY has ordered a probe after the incident came to light, said the reports.

This is at least the second instance within a fortnight when a life has been lost in Gautam Buddh Nagar due to unavailability of medical aid.

On May 25 last, a new born had died as his father kept running from one hospital to another seeking urgent medical assistance.

Meanwhile, Congress general secretary (UP East) Priyanka Gandhi Vadra on Sunday flayed the Uttar Pradesh Government for the death of the eight-month pregnant woman in Noida and said her death was a warning that non-Covid cases were not being taken seriously.

Terming the death of the pregnant woman, who was allegedly denied admission by eight hospitals, a "warning", Ms Vadra wrote, "During the Corona pandemic, the government must take non-Covid diseases and other health facilities very seriously. Any omission in this context can have serious consequences."

"Such reports have come from many places in UP. The government should make full preparations for this so that no one is killed," she added.