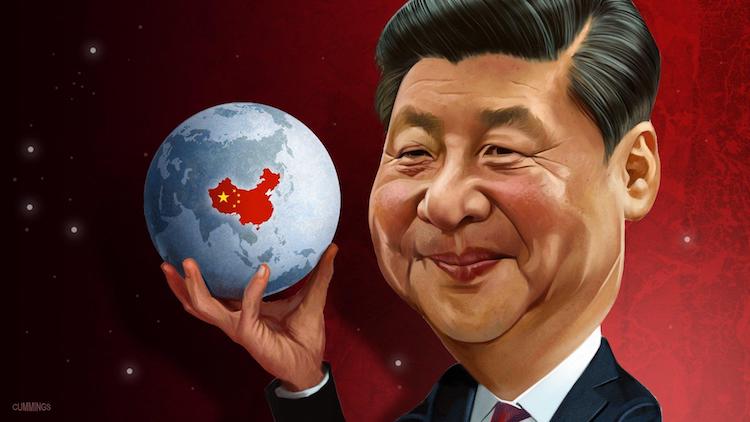 While one can still give some benefit of doubt to the Chinese whether the Corona Virus originated from the laboratories in Wuhan till the truth comes out from the proposed investigation by the WHO, if at all the imperial ruler Xi Jinping concedes to the demand by the international community to it,  it is more than certain that never before in post-W.W.II period, any major power behaved so irresponsibly and callously like China- in hiding facts about Covid-19,  that has already taken the lives of 354,217 and infected 5,734,894 globally.

Had Beijing been honest and not hidden facts about the deadly nature of Coronavirus until the end of January this year, when the effects of the virus were already evident in Wuhan in November 2019, a good two months, lives of hundreds and thousands could have been saved by taking effective precaution and better management of the movement of people.

Any country that wanted to put travel restrictions on the Chinese were threatened with suspension of trade and exports to China that were vital for their economic wellbeing. The Chinese are simply arrogant and abusive.

Chinese diplomats are now publicly fighting foreign governments, politicians and other stakeholders, from companies to the media, simply to put on a nationalist show for audiences at home.

From France and Australia to Sweden and Brazil, Chinese diplomats are criticising governments, parliaments and ministers, while threatening companies and other innocent parties with retribution for their governments’ actions, over which they have no control.

In Sweden, three parties in parliament called for Chinese ambassador Gui Congyou to be thrown out of the country after giving an interview to Sweden’s public broadcaster SVT, in which he said that some local media representatives “have a habit of criticising, accusing and smearing China”.

Australia summoned Chinese ambassador Cheng Jingye after he called the government’s push for an independent inquiry into the coronavirus pandemic a “political manoeuvre” and suggested there would be economic consequences. In an abusive tone, China called Australia ‘a gum stuck in their boot'.

If Beijing could threaten far-away advanced countries consumed by its hubris and fulfilment of its ‘China Dream,’ first as a regional hegemon and finally as a global power that can challenge the American power in the region, its smaller neighbours are of no consequence in its craving for power and influence.

As China was scrambling to contain the coronavirus outbreak that ravaged parts of the country before crossing international boundaries, it was asserting its presence in the South China Sea through a continued campaign of aggression and harassment.

Despite the pandemic, Beijing has not reduced its year’s long activities in the crucial waterway, through which a third of the world's shipping passes annually.
China claims nearly every island in the South China Sea and has constructed other islands with military outposts, worrying other claimant nations like Vietnam and the Philippines, among others in the region, and the United States that has economic and strategic stakes in Asia.

As the world continues to be preoccupied with containing the coronavirus pandemic, China recently strengthened its grip in the area by creating new administrative districts -- the Xisha District and Nansha District -- in Sansha City, a prefecture-level unity on Woody Island, according to Chinese state media.

The pandemic offers China an opportunity to rachet up its aggression while the rest of the world remains on lockdown and focuses on fighting the fast-spreading virus.
To quote Alexander Vuving, a professor at the Daniel K. Inouye Asia-Pacific Center for Security Studies (APCSS) in Honolulu, "China’s ultimate goal, or as Chinese President Xi Jinping calls, 'the China Dream,' is to 'restore' China’s place at the very top of the world’s hierarchy of nations." 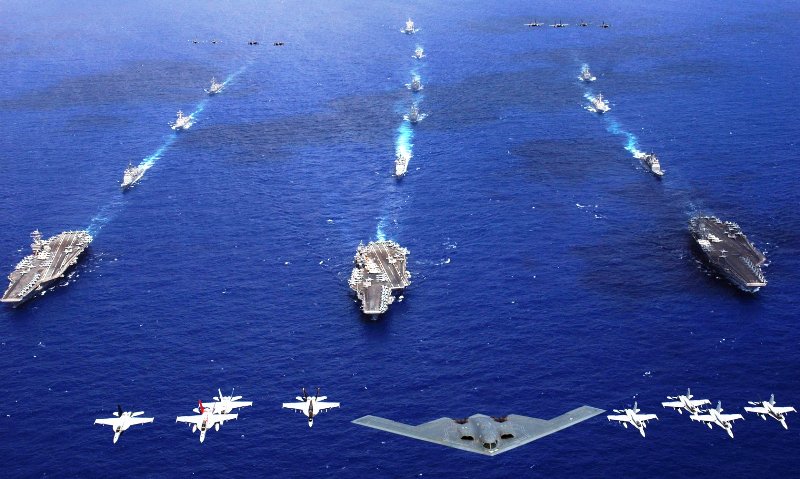 In early April, a Vietnamese fishing vessel sank during a confrontation with a Chinese Coast Guard (CCG) ship near the Paracels, prompting a strong protest from Hanoi and stiff criticism from the United States, which accused China of exploiting the COVID-19 pandemic to expand its “unlawful claims” in the South China Sea. China claims that the Vietnamese boat sank itself after ramming a CCG ship.

Further south, Malaysia has taken a lower-key approach to its own slow-burning, standoff-at-sea with China. The West Capella, a drillship contracted by Malaysian state-owned oil company Petronas, has been operating in Malaysian waters for five months.

Since April 15, a Chinese survey ship, Hai Yang Di Zhi 8, with CCG and maritime militia escort ships has been in the same area, conducting its own survey within Malaysia’s exclusive economic zone.

That’s been widely viewed as an attempt to pressure Malaysia to stop oil exploration in waters China claims. It prompted the U.S. and Australia to conduct naval exercises in that area, although no confrontation ensued.

Washington has accused Beijing of stepping up its "bullying tactics" in the disputed area while other claimants are distracted with containing the fast-spreading virus within their borders.

Secretary of State Mike Pompeo on Wednesday accused China of using the world's focus on COVID-19 to assert itself in the disputed waters. He said Beijing had dispatched a flotilla to intimidate other nations from engaging in offshore hydrocarbon development.

"Beijing has moved to take advantage of the distraction, from China’s new unilateral announcement of administrative districts over disputed islands and maritime areas in the South China Sea, its sinking of a Vietnamese fishing vessel earlier this month, and its 'research stations' on Fiery Cross Reef and Subi Reef," Pompeo said. 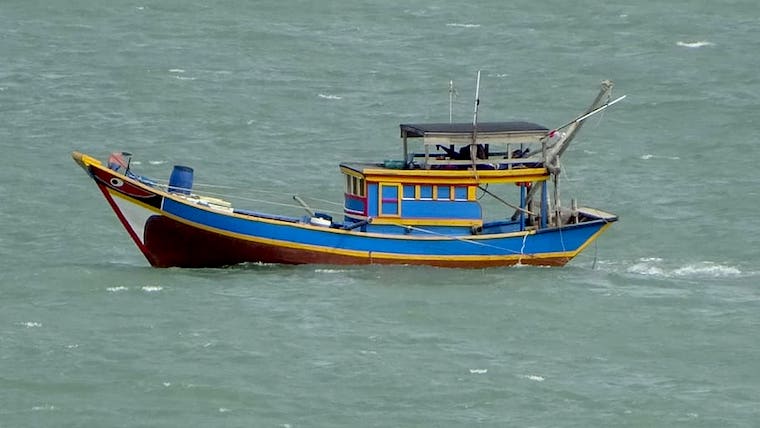 "It is important to highlight how the Chinese Communist Party (CCP) is exploiting the world’s focus on the COVID-19 crisis by continuing its provocative behaviour," he added. “We call on the PRC to remain focused on supporting international efforts to combat the global pandemic, and to stop exploiting the distraction or vulnerability of other states to expand its unlawful claims in the South China Sea,” said Pompeo.

US and Australian warships have conducted joint exercises in the South China Sea close to the West Capella in recent weeks, shortly after the Haiyang Dizhi 8 arrived. The Washington-based Asia Maritime Transparency Initiative (AMTI) has said the China-Malaysia standoff had been going on for months.

Previous satellite photos show aircraft hangars near the airstrip on the reef were installed with air conditioners, indicating military aircraft were ready for extended deployment, reports said. The Taiwan media reports claimed this is an indication that the PLA is planning an air defense identification zone in the South China Sea.

The alleged PLA warplane deployment came at a time when the US has been frequently sending warships and warplanes, including an aircraft carrier, an amphibious assault ship, destroyers, cruisers, bombers and patrol aircraft into the South China Sea since the start of the year, and even more after its aircraft carriers were hit by COVID-19 as the US attempted to show its military capability was not hindered.

It was in 2016, following the Permanent Court of Arbitration’s (PCA) unanimous ruling undermining the legal basis for China’s “nine-dash line” claim, Beijing repeated its prior threat to establish an aircraft defense identification zone (ADIZ) above the South China Sea (SCS).

An ADIZ is an area of airspace, adjacent to but beyond the national airspace and territory of the state, where aircraft are identified, monitored, and controlled in the interest of national security. The objective behind a South China Sea ADIZ would be to to reinforce China’s territorial claims.

In November 2014, Beijing established an ADIZ over the East China Sea (“ECS ADIZ”) encompassing disputed maritime territory. The ADIZ could also serve as a means of excluding and deterring U.S. freedom of navigation operations, which include military flights designed to challenge excessive claims to maritime jurisdiction.

China has developed a series of landing strips on reclaimed land in the contested Spratly archipelago that could be used to enforce the ADIZ.

For the countries having claims on South China Sea, Chinese ADIZ is perceived as highly threatening and therefore, unacceptable. As far back as 2014 even before the PCA award, Vietnam’s top Defence Minister Nguyen Chi Vinh called an ADIZ in South China Sea “even more dangerous than Nine Dash line,” because it would come with more excessive regulations than the latter, suggesting that  China’s SCS ADIZ might be unacceptable to Hanoi, as it would “kill Vietnam”.

The then Philippines Foreign Secretary was even blunter in his criticism of the idea of China imposing an ADIZ over it.

The United States, Australia and many European countries have spoken in favour of Freedom of Navigation and open seas in accordance with the principles of international law anchored in the United National Conference on the Law of the Seas (UNCLOS).

It will be unacceptable to the claimant states of the region essentially because, under the ADFIZ they might be deprived of their legitimate rights to exploit resources within their EEZ (Exclusive Economic Zone). And China has a history of encroaching upon the EEZs of Vietnam, Malaysia and the Philippines.

Relevant countries’s assertion of its Rights amidst China’s Encroachment

Vietnam’s government this month encouraged the nation’s fishermen to keep operating around the disputed Paracel Islands despite China’s unilaterally-imposed fishing ban in the South China Sea, and directed provincial authorities to support Vietnamese fishermen at sea.

That statement of defiance from Hanoi, calling the ban “invalid,” came as an oil exploration ship contracted by another South China Sea claimant, Malaysia, ended a survey off further south, off the Malaysian coast.

The ship has been shadowed by Chinese vessels for the past month. The two developments highlighted the differing approaches of Vietnam and Malaysia in handling their maritime disputes with China. 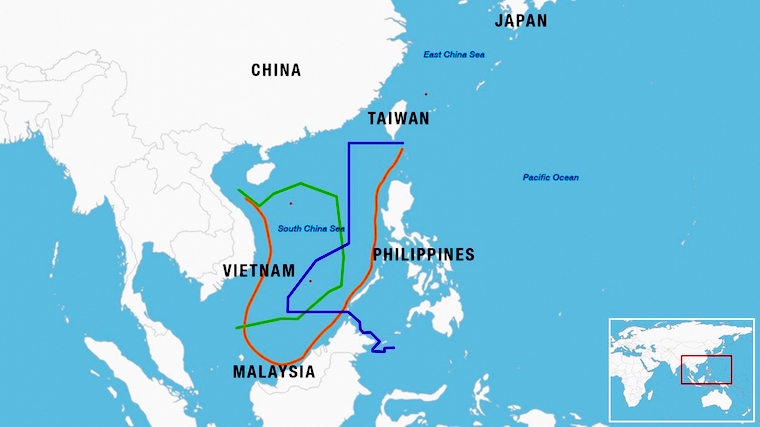 Beijing has been pressuring both nations as it looks to assert to sweeping claims over contested islands and ocean. Vietnam’s Ministry of Agriculture and Rural Development directed provinces and cities to encourage fishermen to continue with their activities within Vietnam's territorial waters.

It told local authorities to “strengthen the management and supervision of fishing activities” and monitor fishermen’s departure during the period of the ban, according to Vietnamese news outlet VNExpress. The ministry also directed provincial authorities to support fishermen at sea and said an emergency hotline would be set up with the Department of Fisheries Control.

Satellite imagery showed Vietnamese fishing vessels continuing to operate in the area covered by the fishing ban. China announced its annual summer fishing ban on May 1, outlawing all fishing activity in an area north of the 12th parallel of the South China Sea that it claims to have ‘jurisdiction’ over. Fisheries associations from both Vietnam and the Philippines immediately protested China’s ban. Last week, Vietnam’s Foreign Ministry also rebuked China over the measure.

China responded Monday, saying it has “sovereign rights and jurisdiction over relevant waters” in the South China Sea. It contended that the fishing ban was lawful, even over areas in dispute. It said: “Vietnam has no right to make unwarranted accusations against China, not to mention encouraging its fishermen to infringe upon China's rights and interests and undermining the sustainable development of fishery resources in the South China Sea.”

Foreign Ministry spokesperson Zhao Lijian said at a news briefing. Despite China’s claim the ban is about environmental sustainability, satellite imagery and ship-tracking software indicates there is a large Chinese fishing fleet south of the 12th parallel, in an area not covered by the fishing ban. The area is also claimed by Vietnam, Taiwan, the Philippines, and Malaysia.

Defiance as shown by the Vietnamese and the Philippines from time to time together with the unity of ASEAN, if at all they can come together in the post-Pandemic regional environment, alone can put restraint on Beijing’s aggressive and irresponsible behaviour.