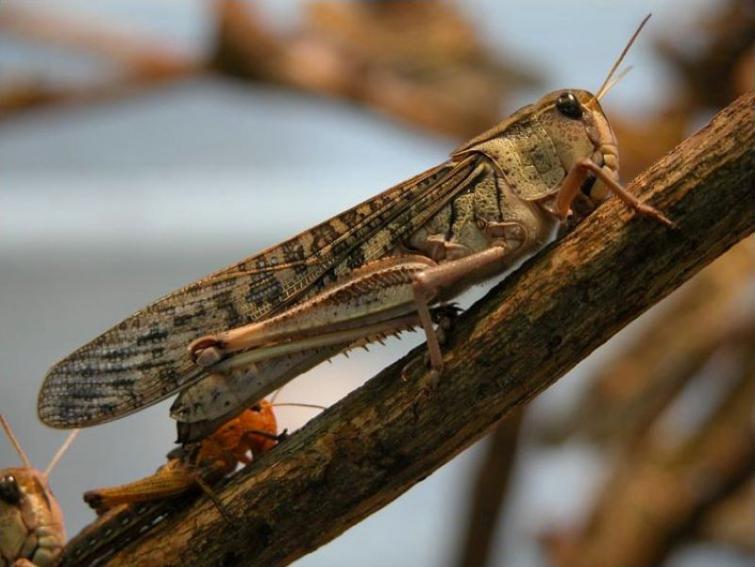 India reaches out to Pakistan to counter locust invasion

New Delhi/IBNS: Amid the impact of Coronavirus on various sectors, the south and southwest Asia are staring at a locust invasion which is potent to bring an adverse effect in agriculture.

In the wake of the situation, India, despite sharing a strenuous bilateral relationship with Pakistan, reached out to its neighbour to combat the locust invasion.

Besides Pakistan, New Delhi has also reached out to Iran in combating the threat.

"India has suggested to Pakistan that both countries coordinate locust control operations along the border, and that India can facilitate supply of Malathion, a pesticide, to Pakistan," an official said as quoted by The Hindu.

Another official said as quoted by the same media, "We are preparing for a worst-case scenario. Starting from the Horn of Africa, and joined by desert locusts from breeding grounds en route, one locust stream can travel over a land corridor passing over Yemen, Bahrain, Kuwait, Qatar, Iran, Saudi Arabia, Pakistan and India, impacting farmlands in Punjab, Haryana and the Indo-Gangetic plain.

But another stream passing over the Indian Ocean can directly attack farms in peninsular India, and then head towards Bangladesh."

Locusts are a collection of certain species of short-horned grasshoppers.

They are also used for research and the study of zoology in classrooms.