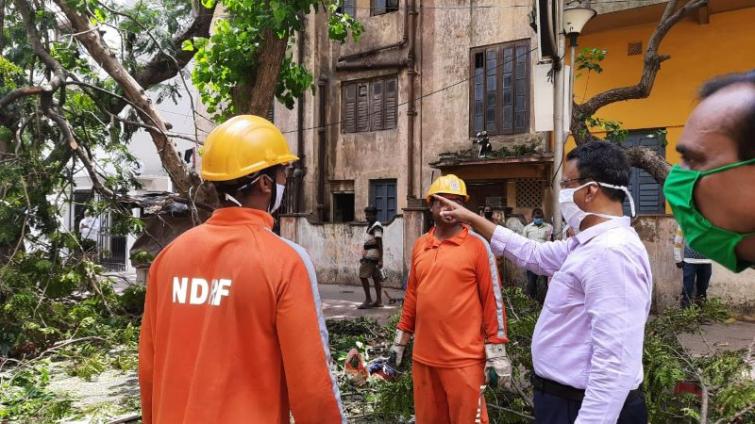 Kolkata/UNI: Trinamool Congress-run Kolkata Municipal Corporation's Commissioner Khalil Ahmed has been removed with an immediate effect from his post amid crisis of drinking water and disruption of power in this metropolis following Wednesday's super cyclone Amphan that uprooted scores of trees and lightposts.

KMC's new Commissioner is now Binod Kumar (IAS), the secretary of youths affairs of the state government, according to a notification issued on Friday.

Protests and demonstrations have been witnessed in different parts of the city's southern area where people have not been getting adequate supplies and drinking water and remained without power since Wednesday evening.

Although Ahmed, who had held post for many years as commissioner of KMC, has retained the post of secretary at the municipal and urban development department.

KMC's chairman of the Board of Administrators and state urban development and municipal affairs minister Firhad Hakim assured that power and water connection would be restored shortly.

He said the Calcutta Electric Supply Corporation (CESC) has assured that power would be restored by the day and once power was restored drinking water supply would resume automatically.

He said scores of large trees were uprooted and the workers have been engaged to clear those.