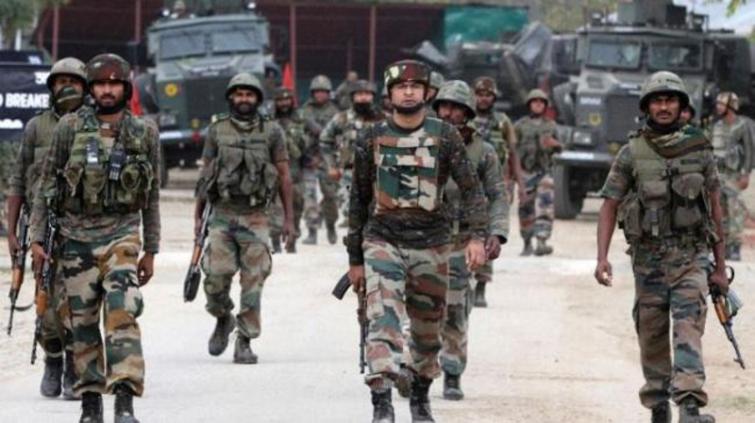 Three security force personnel were also injured in the encounter which ensued after a Cordon and Search Operation (CASO) was launched in downtown, where cellular and mobile internet services were suspended for security reason.

A police official told UNI that following special information about the presence of militants, a joint CASO was launched by Special Operations Group (SOG) of J&K police and CRPF at around 0200 hrs on Tuesday at densely populated Kanemazar area in Nawakadal, Srinagar.

When security forces were moving towards the target house, militants hiding there, fired at them with automatic weapons, he said.

“Security forces retaliated ensuing in an encounter,” he said, adding the exchange of fire took place during the night," the official said.

“Firing resumed during search in the morning and two militant were killed in the encounter," the police official said.

“Both the militants belonged to the HM,” he said, adding two weapons, besides arms and ammunition were recovered from the encounter site.

Official sources said that three security force personnel were also injured in the exchange of fire.

A senior police official said that one of the slain militants has been identified as Junaid Sehrai, who went missing in 2018.

Soon after his disappearance, a picture of Junaid, brandishing an AK-47, went viral on social media.

Junaid, an MBA degree holder, was the first such case where a son of a senior separatist leader had joined militant ranks.

Another slain militant has been identified as Tariq Ahmad Sheikh from Pulwama, official said.