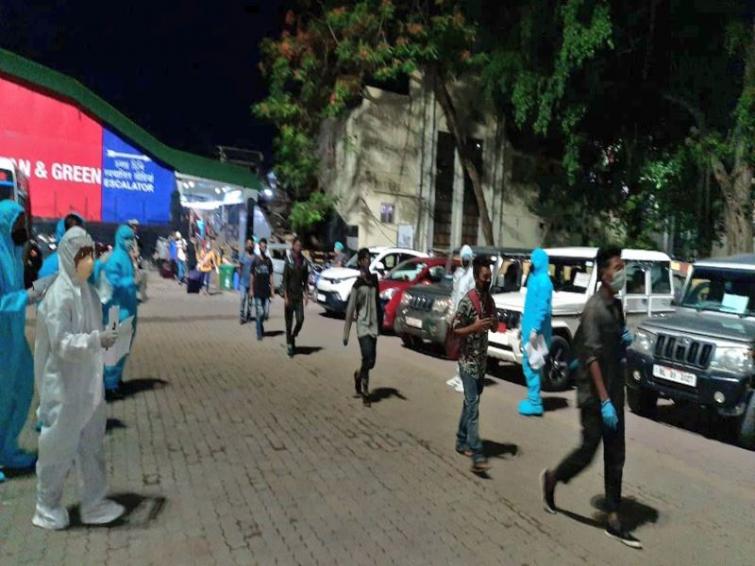 Shillong/UNI: Over 6000 residents of Meghalaya who were stranded across the country due to the lockdown returned to the State till Saturday, a government official said.

“Around 6200 stranded citizens including around 831 of them from Chennai and another 20 from Delhi have arrived so far,” an official told UNI.

However, a bus carrying 15 stranded residents from Assam’s Guwahati railway station to Tura skidded off the road near Aguragre village in West Garo Hills district on Saturday morning due to extremely inclement weather and slippery slope.

Police swung into action and rescued all the passengers, none of whom received any major injuries, the official said.

He informed that around 231 from Gujarat and 55 persons from Chennai are expected to reach the state Sunday.

On the other hand, around 8500 persons, including migrant workers and students have left the state for their destinations outside till date, the official said.

He said all the stranded citizens were screened at entry points across the State bordering Assam before entering the State.