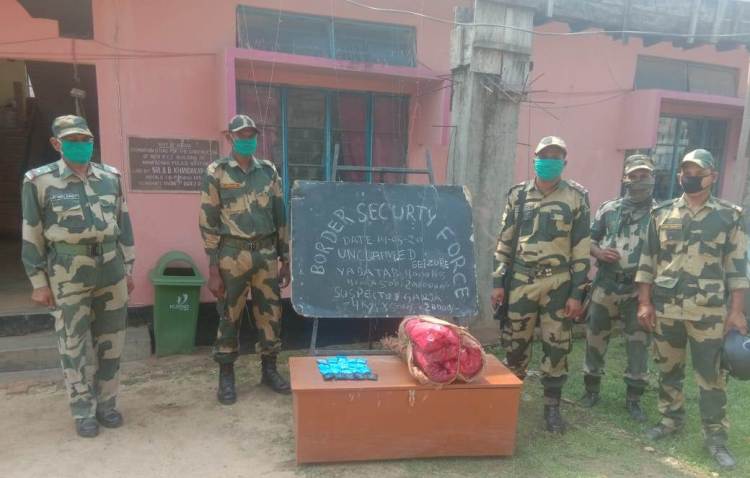 Based on intelligence input, the BSF troops of Border Out Post (BOP), Sadartilla of Ex-06 BN BSF launched an operation at Jagrachar village under Mankachar police station along Indo-Bangladesh border and seized 4000 numbers of Yaba tablets and 4 kg Ganja while the consignment was being tried to be thrown over the fence from India to Bangladesh.

Later the seized items were handed over to Mankachar police station for further legal action.

Keeping in view the vulnerability of border, heightened activities of the smugglers and anti-national elements on the border, BSF troops are always alert towards the issues of trans-border crimes & illegal infiltration and are making all-out efforts to prevent the commission of such crimes, a statement said.