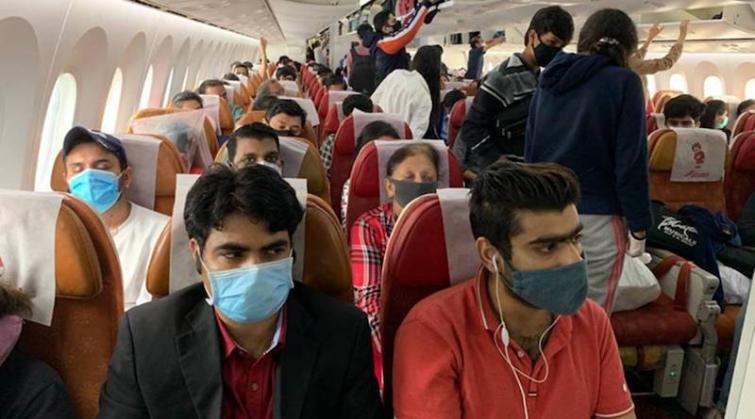 New Delhi/IBNS: Rising to the unprecedented situation by launching a massive evacuation drive, the Indian government, despite battling COVID-19 pandemic at home, is flying back its nationals stranded in different parts of the world owing to coronavirus outbreak that forced suspension of flights.

As part of the Vande Bharat Mission, India's national carrier Air India is operating special flights to different corners of the world to bring back the stranded nationals with many already back in their homes in Kashmir to Cochin.

A PIB tweet on Saturday said: "Indians stranded abroad due to the #COVID19 pandemic are getting back home, via airand sea . A total of 10 flights of @airindiainand AI Express are scheduled to depart for India today, thanks to #VandeBharatMission."

External Affairs Minister S Jaishankar welcomed them with a tweet.

Thank @airindiain, @MOCA_GOI, Bureau of Immigration and J&K Government for cooperation and support.

Meanwhile, four flights carrying Indian nationals under the Vande Bharat mission will be arriving from Bangladesh’s Dhaka to Delhi at 3 pm, Kuwait to Hyderabad 6:30 pm, Oman’s Muscat to Cochin at 8:50 pm and the United Arab Emirates’ Sharjah to Lucknow 8:50 pm, reported Hindustan Times on Saturday.

Another four will come from Kuwait and land in Cochin 9:15pm, Malaysia’s Kaula Lampur to Trichy 9:40pm, the United Kingdom’s London to Mumbai 1:30am of May 20 and Qatar’s Doha to Cochin at 1:40am, reported the newspaper.

This is only the first phase of the mission.

The mission, which started on May 7, will continue till May 13.

In the first week of Vande Bharat, 64 flights are expected to bring 15,000 Indian citizens home from 12 countries, reported HT.

India will expand its mega Vande Bharat mission from next week to evacuate stranded citizens from abroad by including countries like Kazakhstan, Uzbekistan, Russia, Germany, Spain and Thailand, official sources told the newspaper.

The ships have been suitably provisioned for the evacuation operation. The evacuated personnel would be provided the basic amenities and medical facilities during the sea-passage. In view of the unique challenges associated with COVID-19 stringent protocols have also been stipulated, read a government statement.

The evacuated personnel will be disembarked at Kochi, Kerala and entrusted to the care of State authorities. This operation is being progressed in close coordination with Ministries of Defence, External Affairs, Home Affairs, Health and various other agencies of the Government of India and State governments.

Meanwhile, India is continuing all these efforts even at a time when the nation is battling the unseen viral enemy within.

With 3320 more people testing positive in past 24 hours, the total number of novel coronavirus cases in India touched 59,662 on Saturday, as per government data released.

Nine-five people succumbed to the fatal virus in the same period.

According to Health Ministry data, the country has now 39,834 active cases, 1918 more than of Friday's data.

So far, 1,981 people have lost their lives to the pandemic across the nation, as per government data.

The total number of recoveries have now improved to 17846.