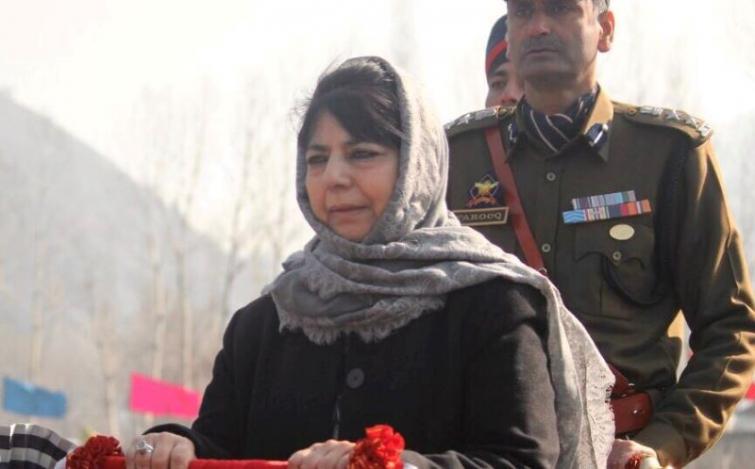 Mehbooba Mufti shifted to Srinagar residence, no revocation of detention yet

Srinagar/IBNS: Former Jammu and Kashmir Chief Minister Mehbooba Mufti will continue to remain under detention even if she was shifted to her Srinagar residence on Tuesday, media reports said.

Mufti along with two other former Chief Ministers, Farooq Abdullah and Omar Abdullah, has been under detention since Aug 5 when the Narendra Modi government scrapped Articles 370 and 35A withdrawing special status of Jammu and Kashmir.

Later Mufti, Farooq Abdullah and Omar Abdullah were slapped with Public Safety Act (PSA) which allows one to be detained for three months with multiple extensions.

However, Farooq Abdullah and Omar Abdullah were earlier released from detention.

Following the shifting of Mufti, Omar Abdullah tweeted, ".@MehboobaMufti must be set free. Shifting her home while continuing to keep her detained is a cop out."

. @MehboobaMufti must be set free. Shifting her home while continuing to keep her detained is a cop out.